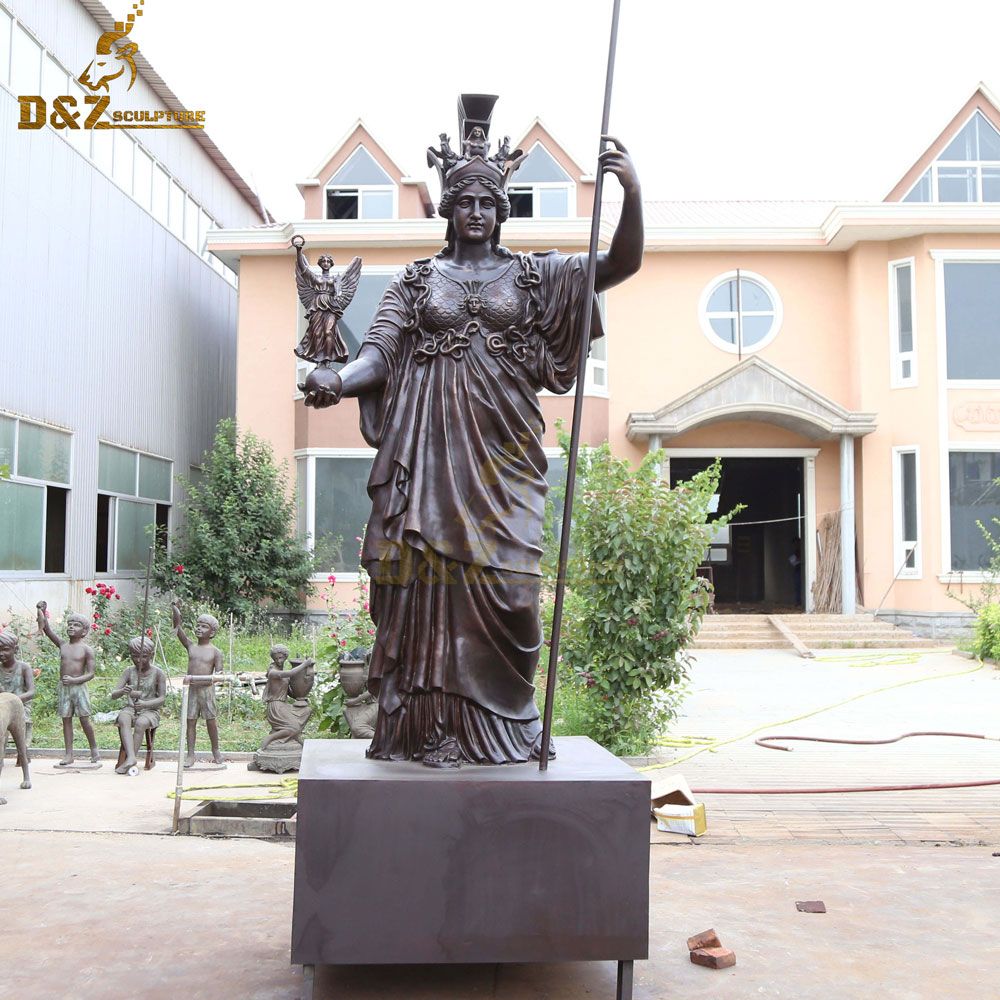 Athena is the patron saint of Athens and the goddess of wisdom. Originally used as the main image of the main hall of the Parthenon, it is 13 meters high and carved out of wood, partially inlaid with ivory and gold. Unfortunately, it was destroyed during the Byzantine Empire. Here is a giant replica of our bronze.

This work, like most sculptures in ancient Greece, is based on mythological stories. At first, Athena was in charge of dark clouds and thunder and lightning, and was the goddess of fertility, peace, and labor. She often appears as the goddess of wisdom and is the protector of science. She taught people the skills of spinning, weaving, car building, shipbuilding, smelting, and carving. She also kicked people with plows and rakes and protected Athens from its prosperity. Therefore, the Athenians respected her very much and created many statues for her. Statue originally located in the Parthenon on the Acropolis is a representative one. The statue of Athena in the Parthenon is part of the statue of Athena. It was once housed in the Parthenon. It is said that the original statue is made of wood, more than 10 meters high, the skin is made of ivory, and the clothes and decorations are inlaid with numerous gold gems. During the Ottoman Empire, the statue was disassembled and sold around the world. 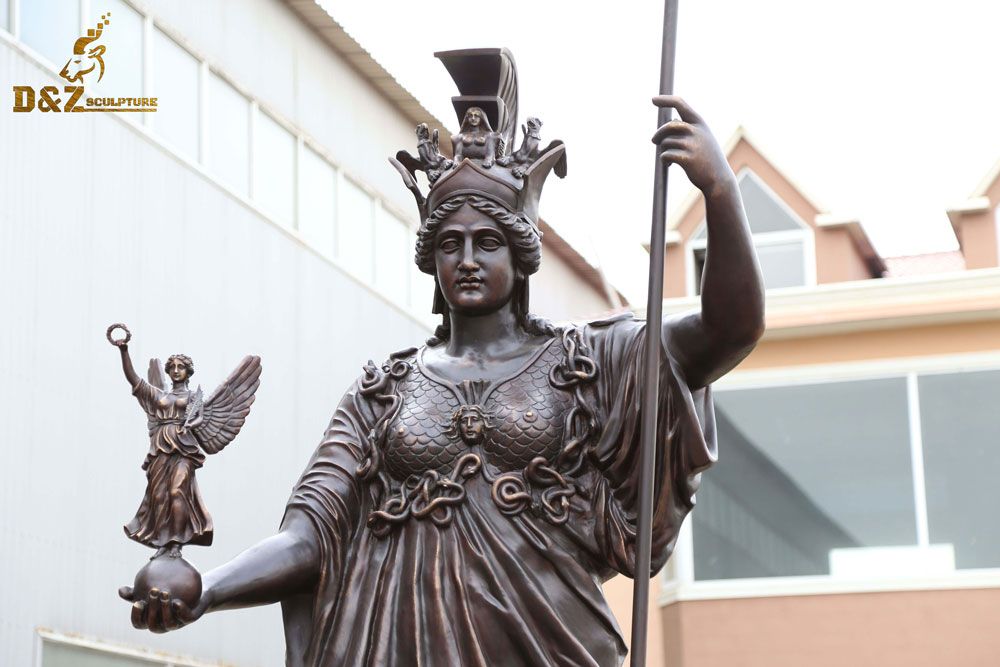 The sculpture has a beautiful face, god-like eyes, a well-proportioned body, full and strong, with the love and harmony of a female on earth, wearing a battle helmet, and the helmet is painted with a sphinx and two griffon beasts named Griffin. Wearing a robe and hanging a long skirt, holding the Statue of Victory in his right hand, and holding a spear in his left. 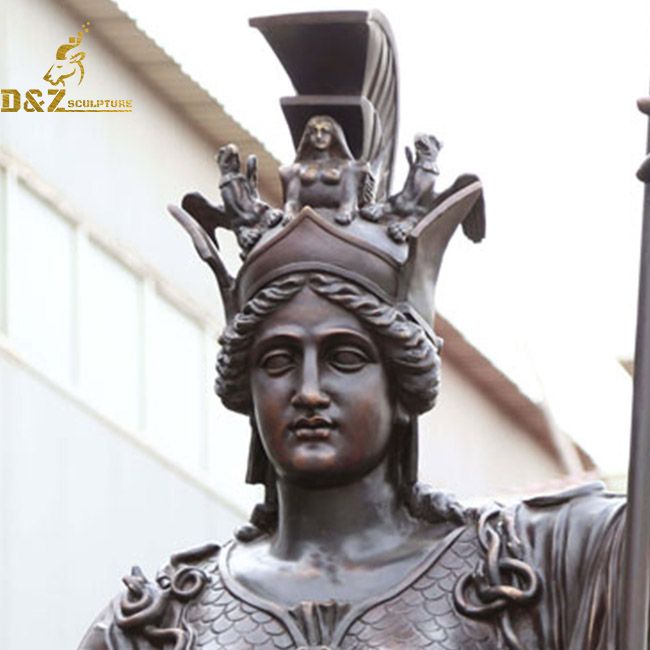 Her face is uniform and straight, her eyebrows are clear, her nose is straight, her lips are slightly closed, and her eyes are piercing, showing the lofty and seriousness of the legendary god. But at the same time, her peaceful look gave people the impression of a peaceful and beautiful girl. 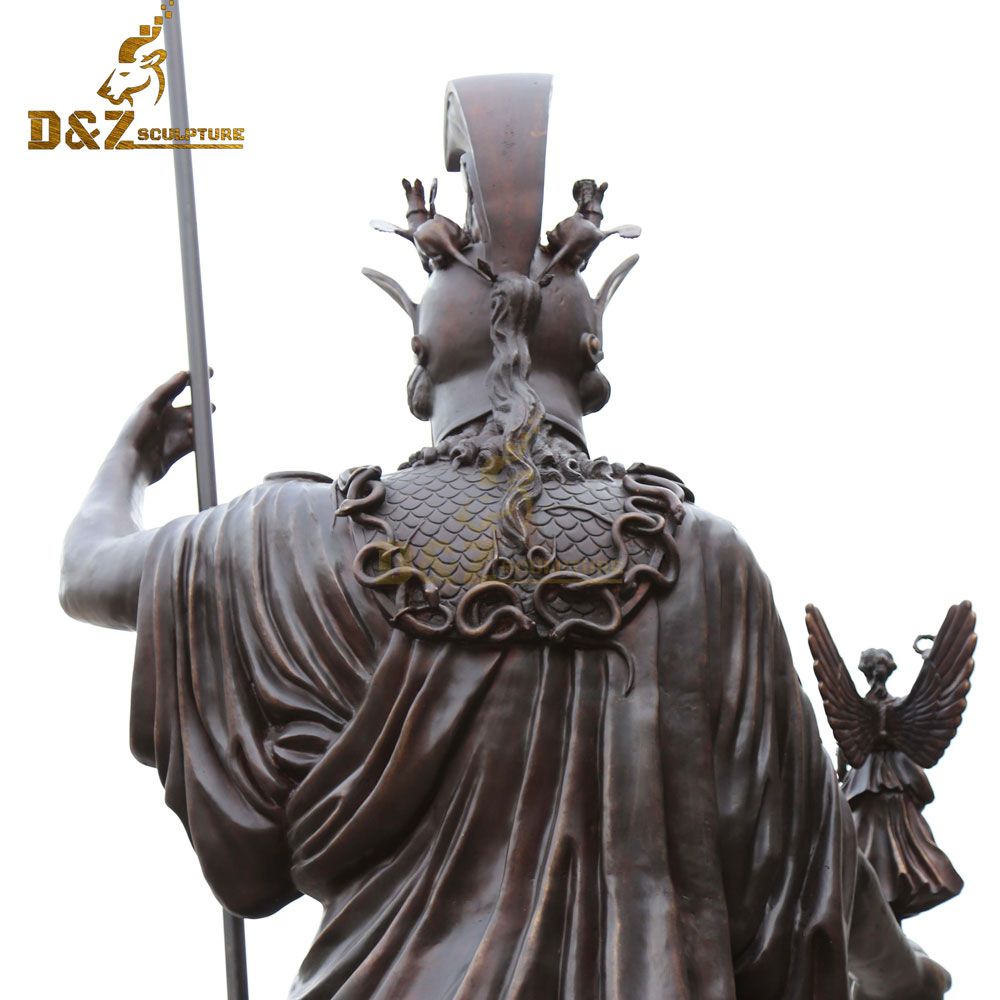 This is an original work of a full-length bronze statue with a strong classical color, drawn from Greek mythology. She is the most beloved goddess of the ancient Greek people, with the virtues of wisdom, bravery, and chastity concentrated in her; she is also the goddess of diligence who dominates textiles and handicrafts. She is a symbol of prosperity and prosperity in ancient Greece and the patron saint of Athens, the largest city-state. 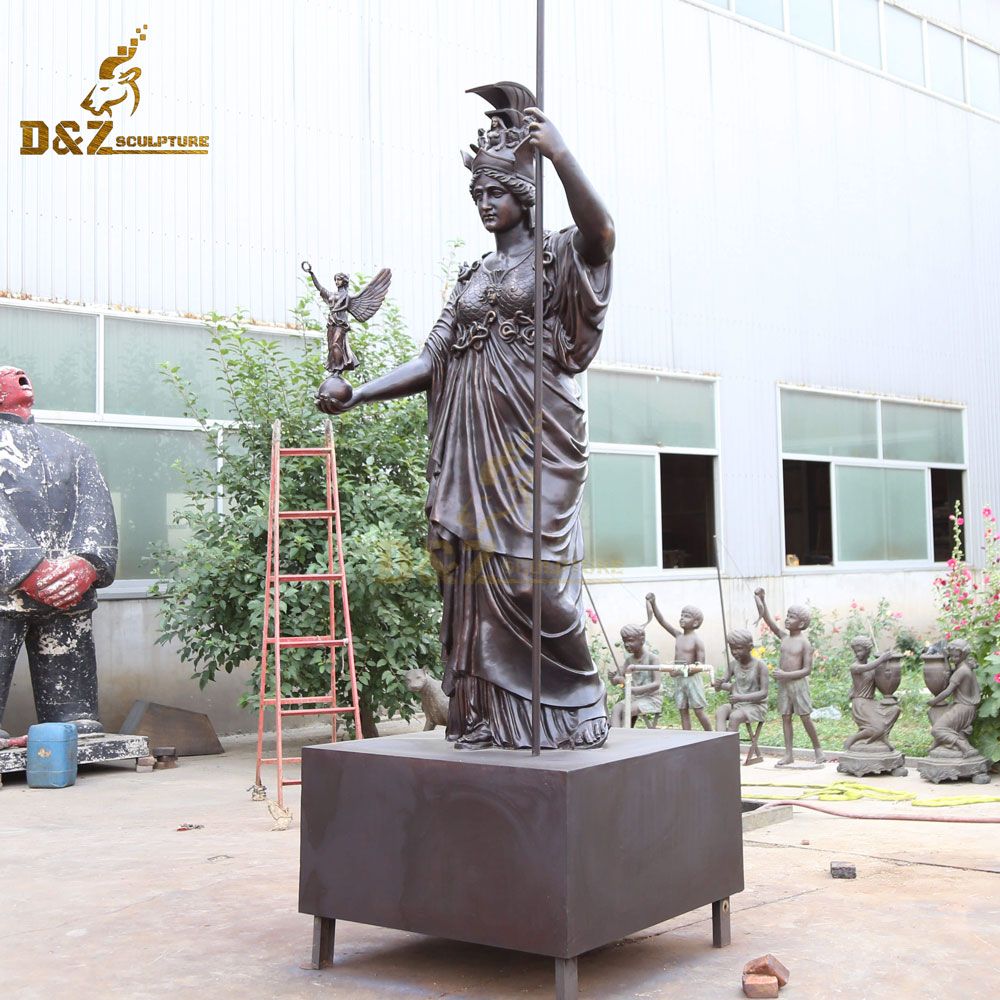 We have professional bronze sculptors who have paid attention to make statues when they were younger, they have rich experience in making this Athena statue. If you are interested in the Athena statue, please feel free to contact us.