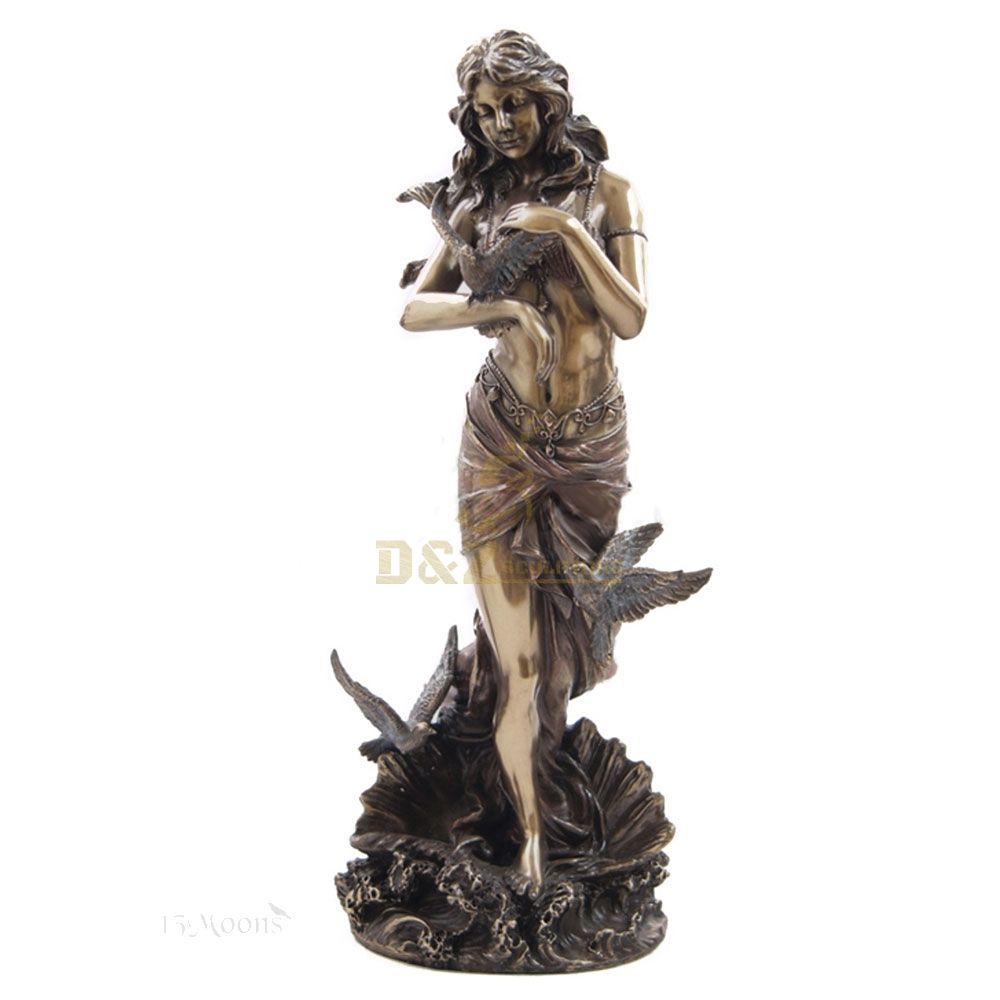 The bronze aphrodite greek goddess statue for sale was inspired by the most famous Greek sculpture of a goddess, the Aphrodite of Knidos.

In Greek mythology, Aphrodite is the Goddess of Love, Beauty, and Sexual Rapture. According to Hesiod, she was born when Uranus (the father of the gods) was castrated by his son Cronus. Cronus threw the severed genitals into the ocean which began to churn and foam about them. From the aphros ("sea foam") arose Aphrodite, and the sea carried her to either Cyprus or Cythera. Homer calls her a daughter of Zeus and Dione.

She is often associated with Venus and Innana of the Babylonians. Aphrodite personifies every aspect of Love, Romance, Sexuality, Inspiration, Fertility, Beauty, and Pleasure. Known as 'She Who Binds Together', Aphrodite brings your heart's desire into fruition. Also seen as independent and strong, Aphrodite teaches all women of the strength and power in their femininity. The dove, pomegranates, roses, and the number 6 are all sacred to her. 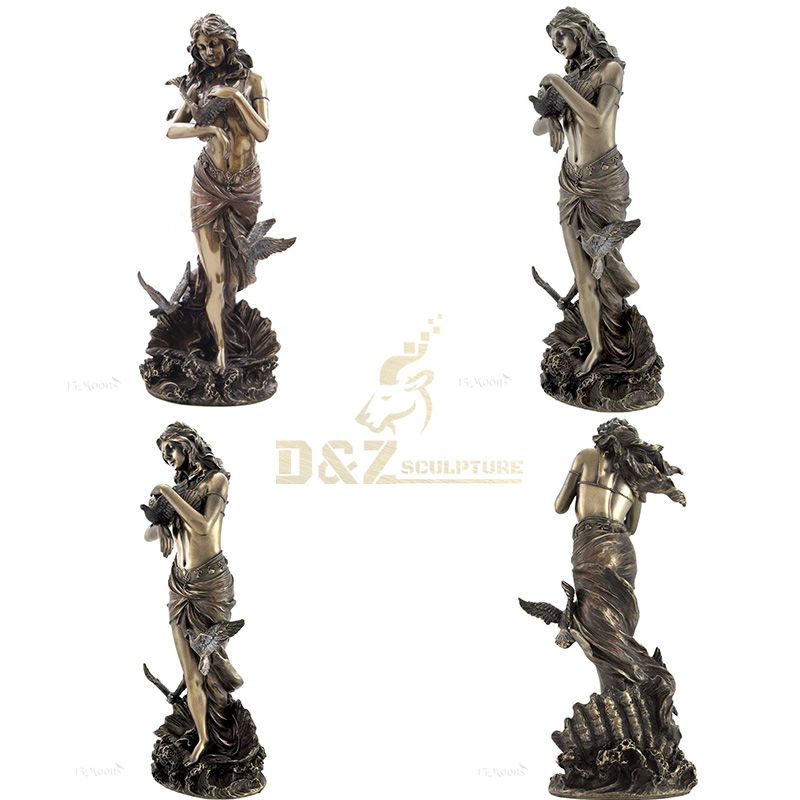 The aphrodite greek gods statue show she emerges from the sea foam upon a scallop shell holding a dove with more doves taking flight around her. Aphrodite has a soft, youthful face with long flowing hair and is dressed as a Sea Goddess with elaborate decoration on her sarong.

Aphrodite is approximately 11 inches tall. She is crafted of cold cast bronze resin (bronze powder in resin) with handpainted details and highlights.