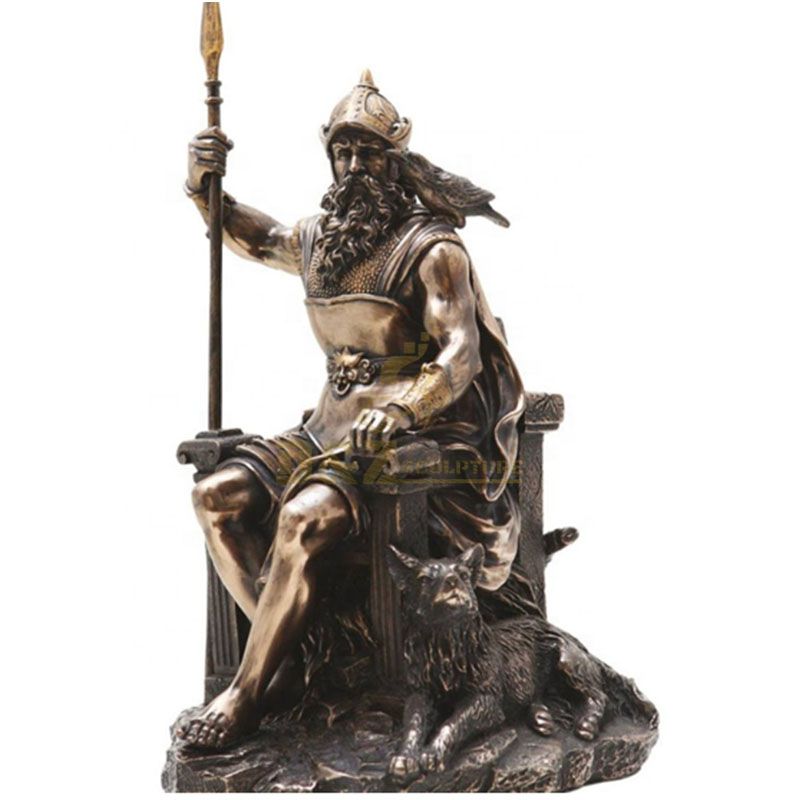 We've got great deals on Lifesize Norse god Odin statues. D&Z sculpture can make lion sculptures of various shapes and other winter sculptures. If you have a favorite design, you can contact us.

The Norse pantheon is rich with intriguing gods, each of whom plays an important role. None, though, can boast such importance as the god depicted in this Norse God – Odin Statue, as Odin is the ruler of both the Aesir and the Vanir pantheons. Odin is known by many names and titles and is credited with countless acts, including such impressive feats as plucking out his own eye or hanging himself from a tree-branch while pierced with his own spear, all to advance his own knowledge and power. Usually, Odin was said to appear as an old man with one eye, but here, he appears as a warrior-god, ready for battle. Dressed in fine scale, Odin wields his legendary spear, Gungnir, and is accompanied by his four animal companions, including the ravens Hugin and Munin, as well as his wolves, Freki and Geri. Standing as he does in full arms, Odin cuts an impressive silhouette and makes for an impressive image befitting this lord of the Norse gods. The statue is crafted from cold cast bronze, which is a resin composite that utilizes powdered bronze to create a sculpture that is light in weight like resin but possessed of a metallic bronze luster. The statue has also been polished and selectively hand-painted, to better accent its impressive level of detail. This Norse statue stands approximately 9.75 inches tall. All hail the Allfather! All hail Odin! And with this Norse God – Odin Statue in your possession, you can show your love and interest in Norse mythology to all who visit, just by keeping this statue in a prominent place where all are sure to see and enjoy it. 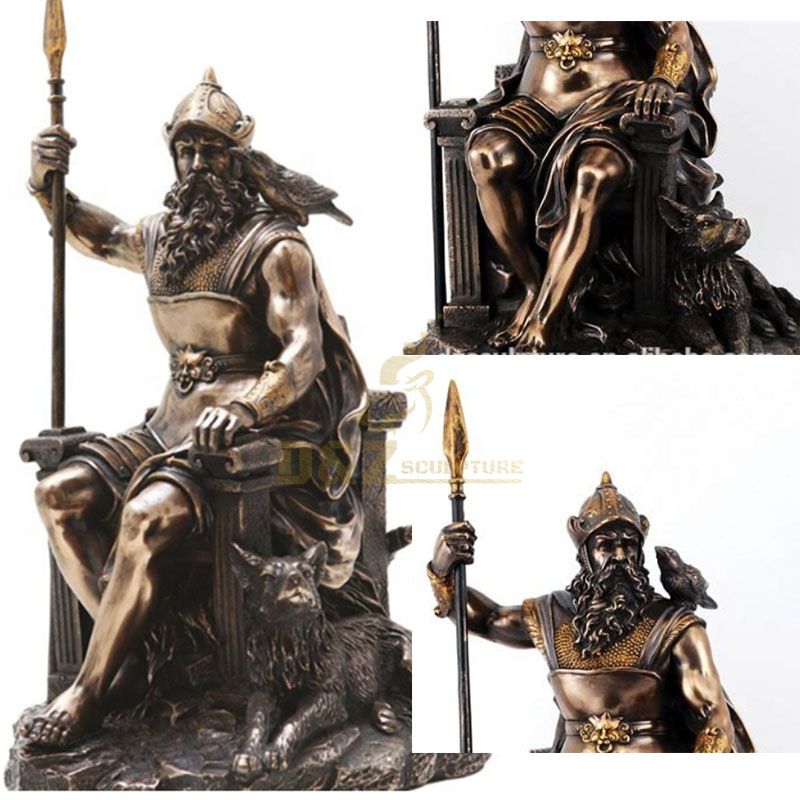