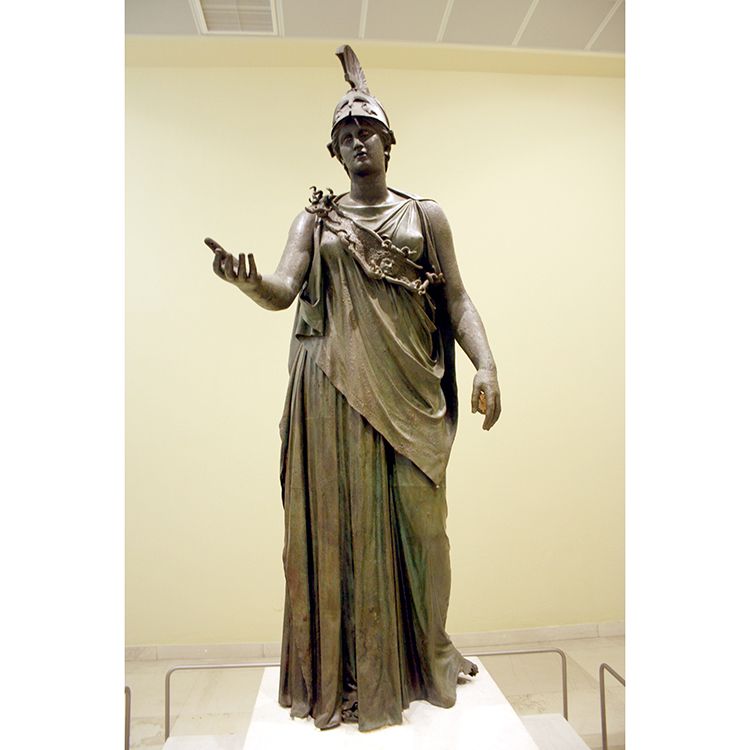 The famous bronze sculpture of Piraeus Athena, she looks so noble and beautiful, It currently resides in the Archaeological Museum of Piraeus.

Athena is wearing a peplos that is open on the right side. The cloth of the peplos appears heavy, as evidenced by the deep cloth lines in the sculpture. The heavy material hints that the statue was not from early in the fourth century, but probably towards the middle, since earlier in the fourth century, the luxurious transparent cloth was the style. Here, on the other hand, we see Athena wearing a peplos made from thick cloth that became fashionable later during the fourth century, according to the scholar, John Pedley. The heavy cloth is also noted to re-emphasize her physical presence. 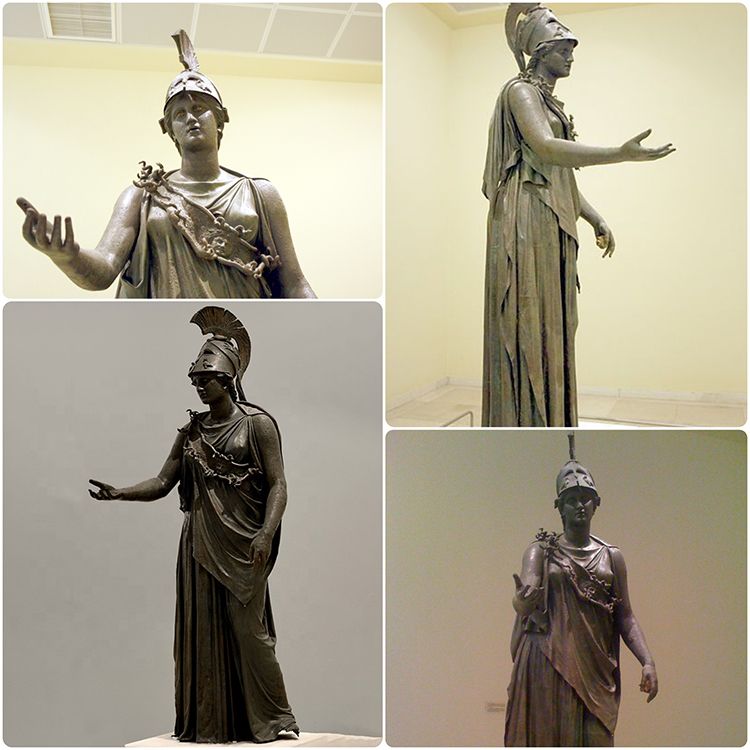 The figure sculptures made of bronze materials look so vivid and lifelike, highlighting the characteristics of bronze materials, which are easy to store, not easy to corrode, and easy to clean. After so many years of corrosion, the sculpture of Athena is still as new. The bronze sculptures in our factory are made of the best bronzes, and the quality is very good. It can be placed outdoors. In addition to these famous sculptures, our factory can also customize the statues. You can send the design or pictures by email. Give us, we have a detailed design and quotation for your reference.