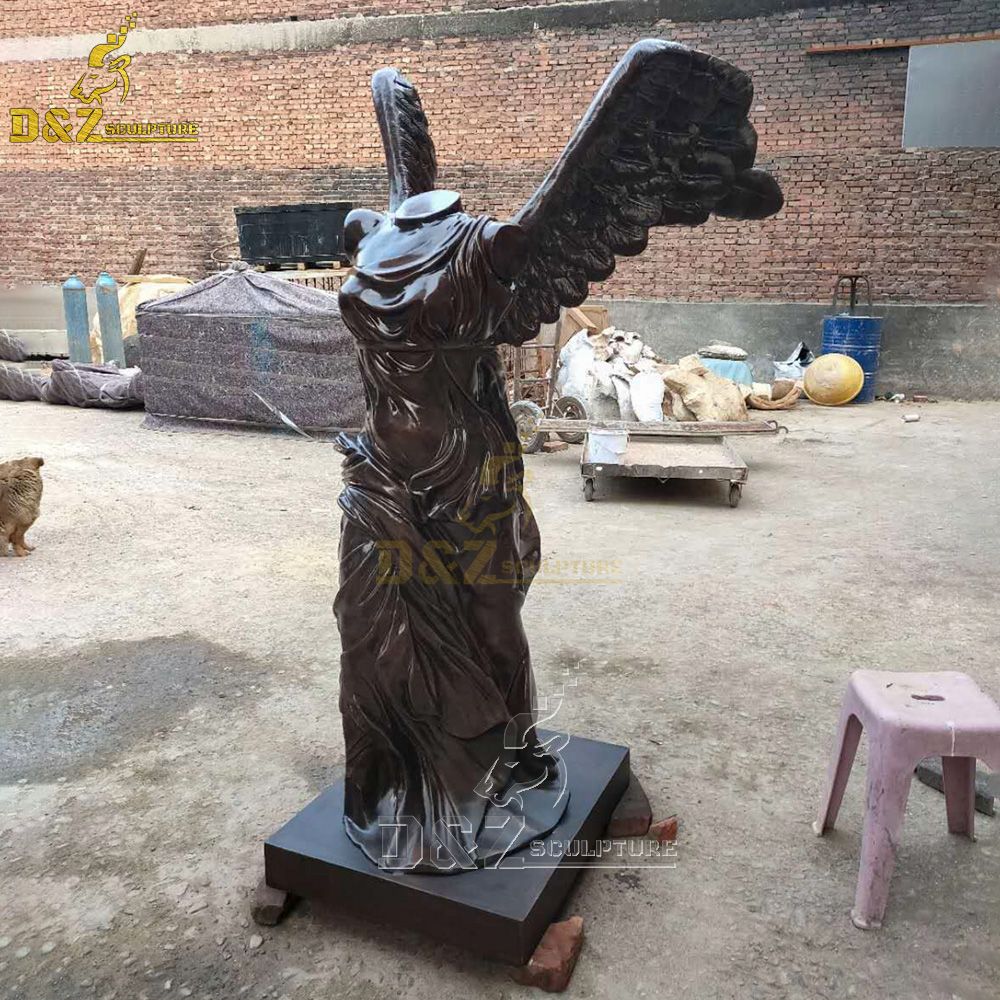 The statue expresses the worship of Nike, the goddess of victory, and is a symbol of a naval battle. She represents battle and victory, her dress fluttering in the wind as if the goddess descended from the sky and landed on the bow of the battleship, because her clothes were pulled and folded around the body, and the wind evokes the feeling of energy and victory.

Nike is the goddess of victory in Greek mythology, and his counterpart in Rome is Victoria, the Roman goddess of victory. Legend has it that she helped the Olympians defeat the Titans and brought victory to the people. 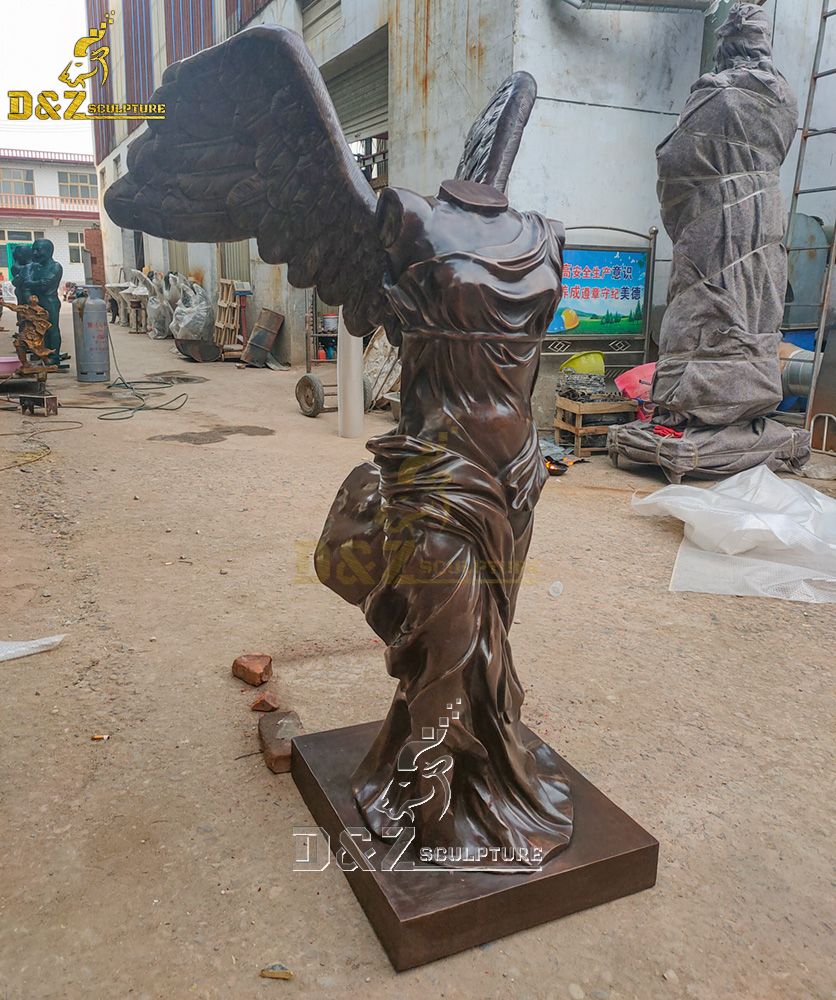 In the traditional description, Nike often has wings and has amazing speed, but other than that, he does not have other special powers. She is not just a symbol of victory in the war but represents many areas of Greek daily life, especially the success in the field of competitive sports. Therefore, she is considered to be a god who brings good luck and is often used as the object of art.

The "Samotres Wings of Victory" created by the sculptor Pythokritos is known as a model of ancient Greek design. It has been exhibited in the Louvre’s prominent position since 1884 and is one of the most famous sculptures in the world. 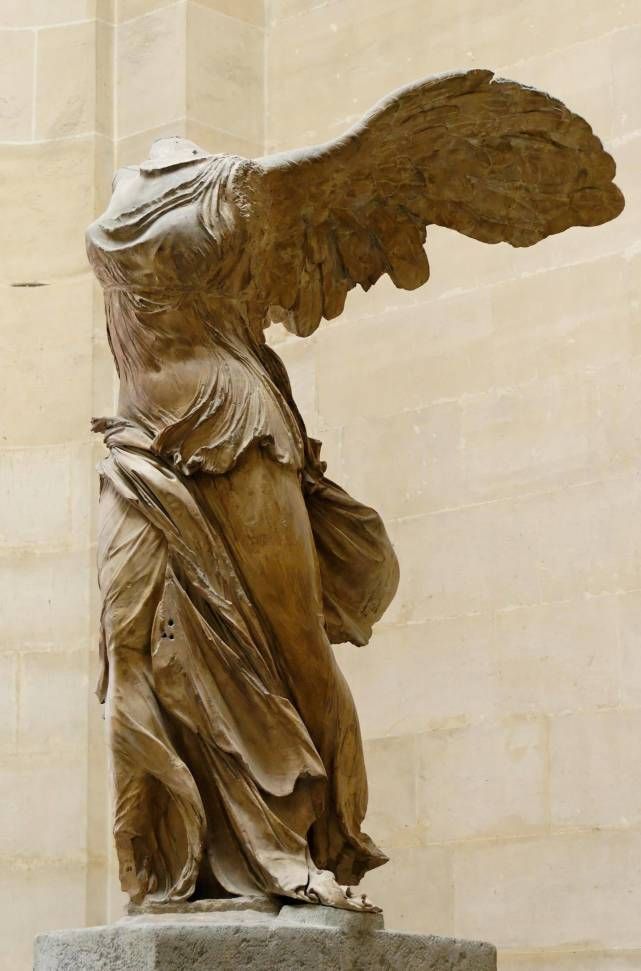 It was only fragmented at first, and after many years of restoration, it was able to stand up again, but it still lacked head and arms (only one arm was found in 1950). 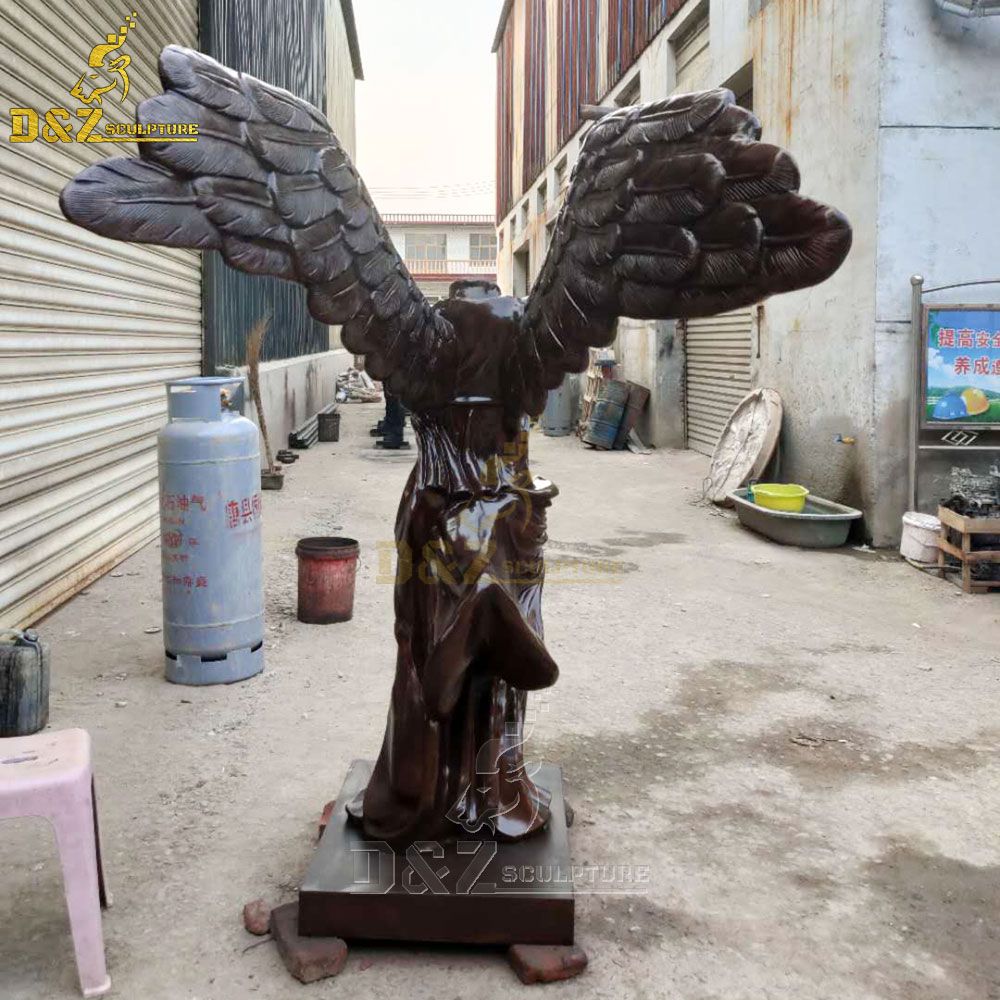 The entire dynamic structure of this statue is perfect and vivid, and the carving skills are superb. The statue has turned to secular, dramatic and personification in form, and is characterized by conveying human psychology and passion.

The statue stands on the top of the seaside cliff, facing the sea breeze, leaning forward and spreading its wings to fly, the dress that is blown by the sea breeze is close to the body, and the perfection of the female body can be seen. The folds of the dress constitute a dense, vivid and smooth movement. Sense, showing a leap of life. Greek statues are full of life, even if they are incomplete, they are still living things. People have made up for the incompleteness in their imagination and obtained a complete aesthetic enjoyment.

Although Niki, the goddess of victory, is a common subject in Greek sculpture, this one is different.

The idea of the statue is very novel. The base is designed to be the bow of a warship. Goddess Niji is like falling from the sky, guiding the fleet to the front through the wind and waves at the bow, which not only expresses the background of naval battles but also conveys the theme of victory.

Although the head and arms of the goddess have been lost, it is still considered to be a masterpiece of the high artistic level of ancient Greek sculptors. From any angle, the viewer can see and feel the majestic figure of the goddess of victory spreading its wings. 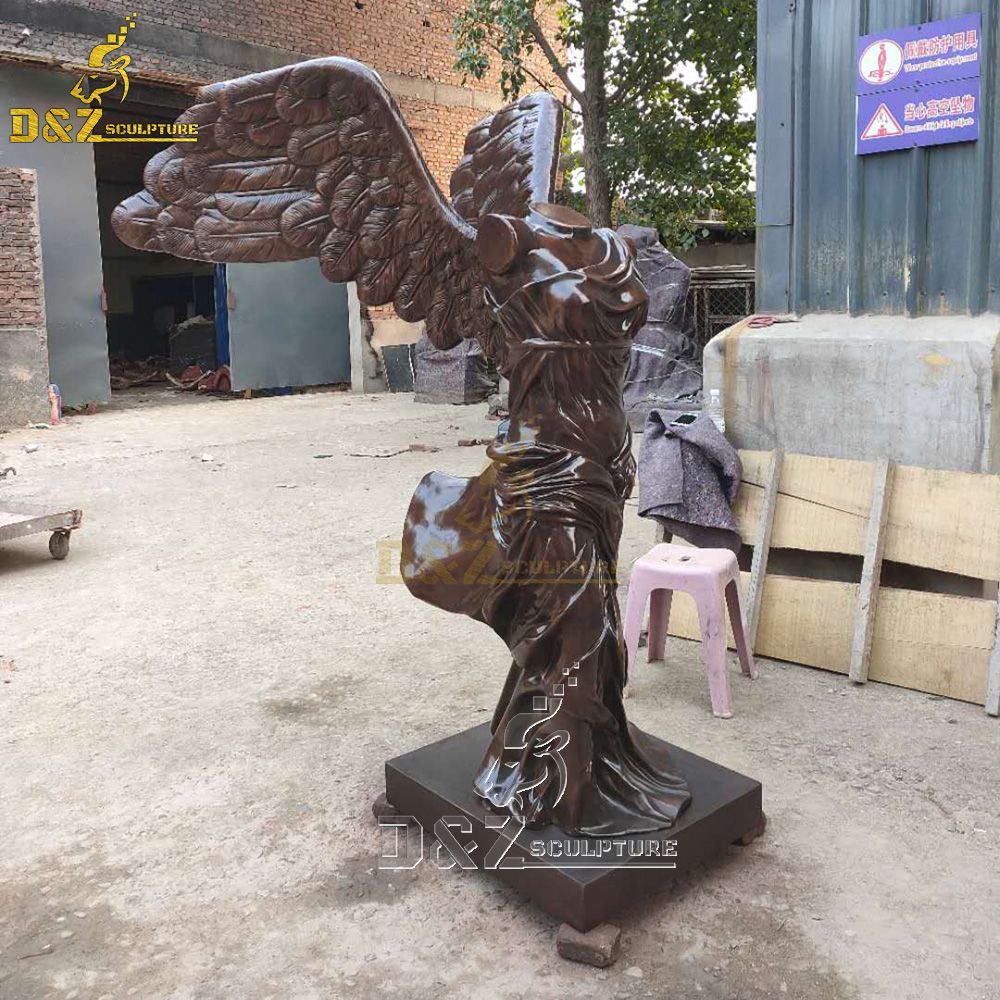 Her upper body leaned forward slightly, the sturdy, plump, graceful body, and the high-flying majestic and huge wings, all fully embodied the victor's majestic posture and joyous passion of triumph. The sea breeze seemed to be blowing from her front, the thin clothes faintly revealed the goddess's plump and elastic body, and the texture of the dress and the carvings of the pleat lines were breathtaking.

The composition of the work is also very successful. The fluttering back corners and spreading wings form extremely smooth lines, and the wavy lines of the legs and wings form an obtuse triangle, which strengthens the forward momentum. The artist has shown extremely high artistic skills and expressive power in his works. He seems to have endowed the cold bronze with a life-like erection vitality so that later generations can't help but express when facing this masterpiece of high realism and romanticism. Heartfelt sigh.