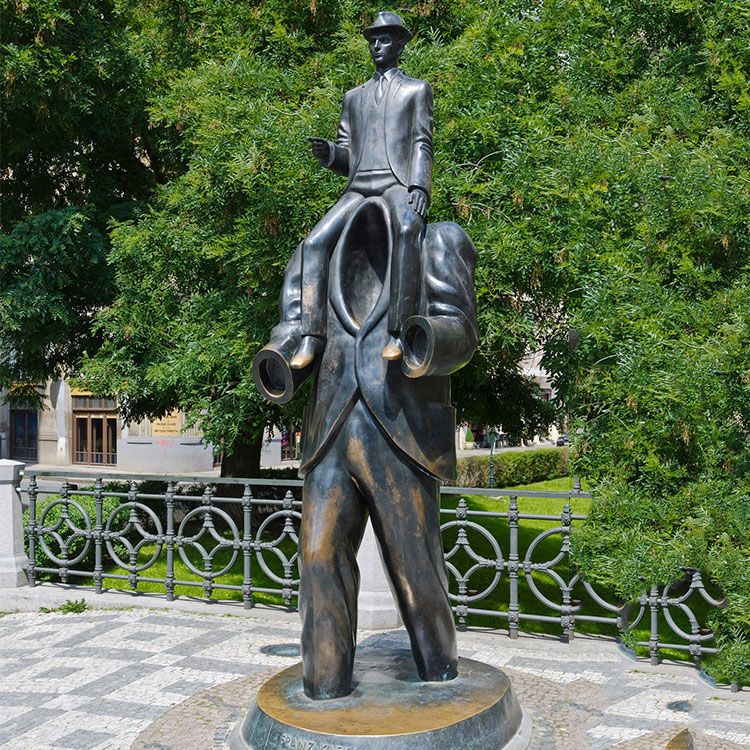 A statue of Franz Kafka by artist Jaroslav Róna was installed on Vězeňská street in the Jewish Quarter of Prague, Czech Republic in December 2003. And we can sculpture it too.

The father's image has a very important position in Kafka's works, which is inseparable from the relationship between him and his father. It can be seen from his "Letter to Father" that his father is a supreme being for him, a tyrant, and a supreme judge. He proclaims everything about himself, and this image of absolute dominance is in many of his You can also see it in the works. But in the letter, he also affirmed his father’s contribution to the family and his concern for himself as a father and son, and his letter is also for the peace between him and his father (although because each is not young, reconciliation is in It seems impossible to him). 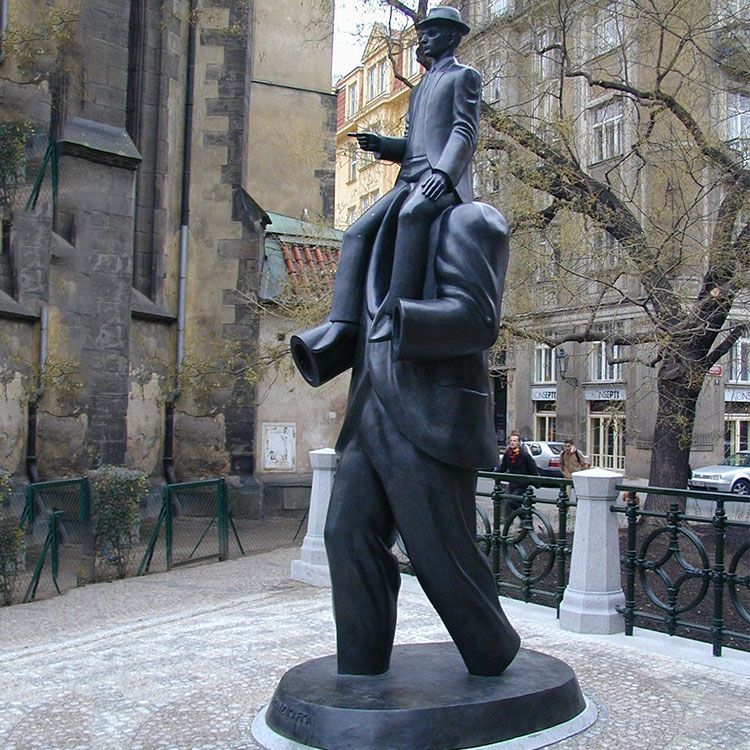 Kafka in the statue sits on the broad shoulders like a child, symbolizing the final reconciliation of the father-son relationship between him and his father. Although in reality, the letter telling his father could not be delivered to his father, his private affirmation of him and his affirmation of his father in the letter reflected that the two of them had reached a reconciliation. This statue can be regarded as fulfilling an unfinished dream of Kafka and his son.

There is a huge high-tech sculpture of Kafka behind Tesco in the center of Prague. This 36-foot-tall Kafka head sculpture was designed by the famous designer David Cerny. The statue is composed of 42 moving chrome plates. The plates can move in the same direction and in the opposite direction. The location, as long as you wait quietly, the sculpture can rotate 360 degrees, one in the same direction, the other in the opposite direction, you can see a complete high-tech sculpture of Kafka's head. 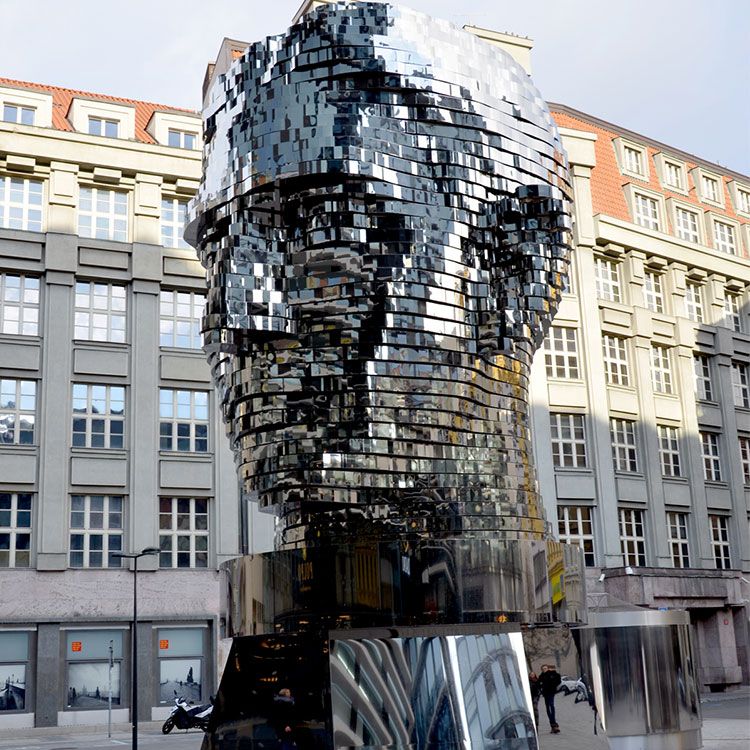