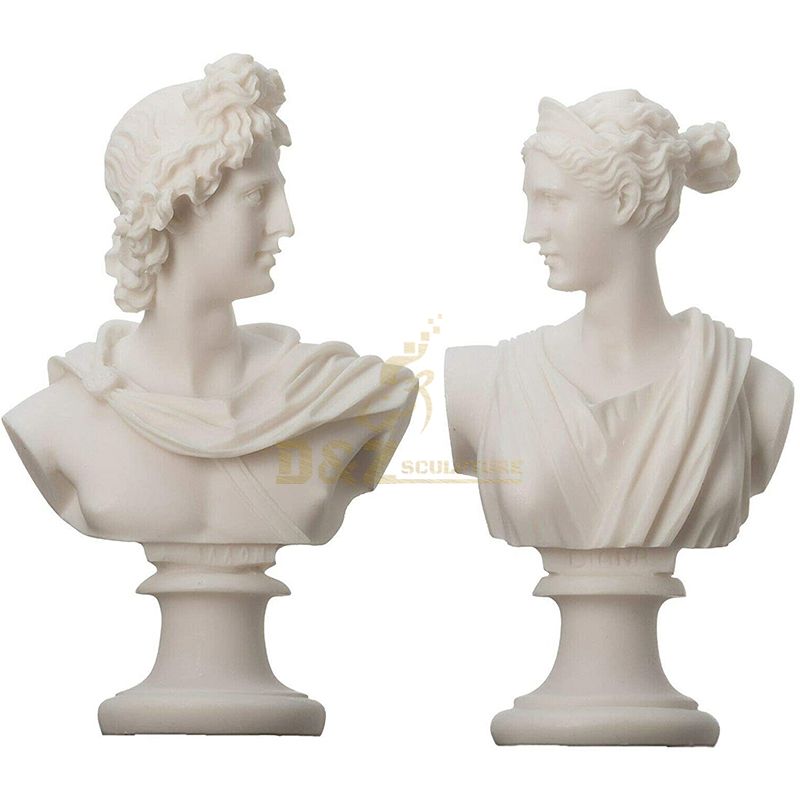 Beautifully rendered out of marble, Marble Bust Ancient Greek Statues Of Gods Artemis Diana and Apollo are incredible Greek sculptures you should add to your list of must-sees. 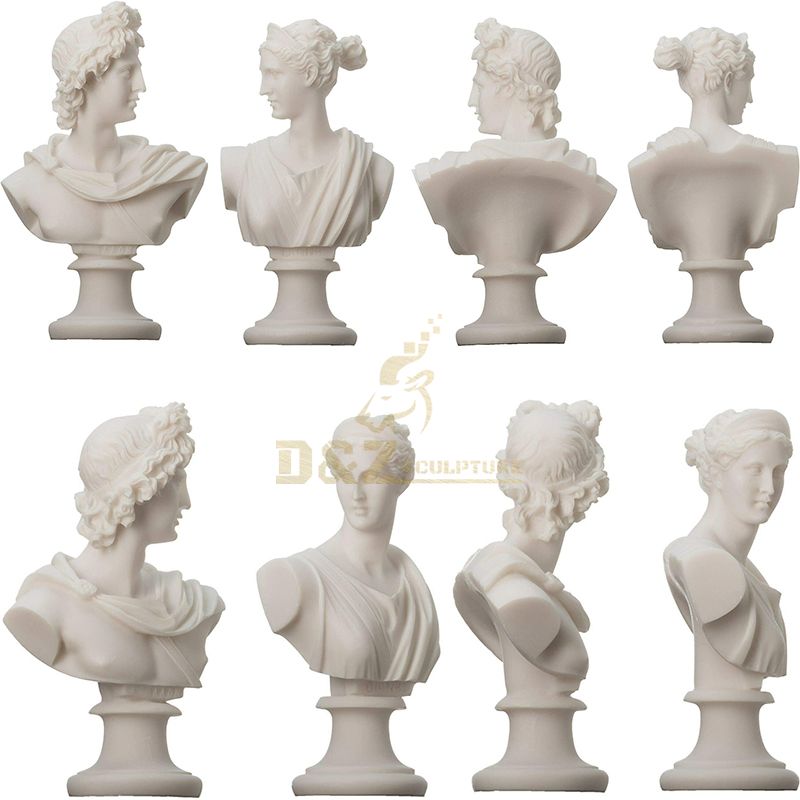 Artemis Diana and Apollo Bust Greek Statues Figurine Gods Alabaster 5.9'' Height: 5,9inch (15cm) Mythology Artemis (Roman equivalent is Diana) is one of the oldest, most complex, and interesting forms of the Greek pantheon. The Olympian goddess is the daughter of Zeus and Leto, twin sister of Apollo and queen of the mountains, forests, and hunting. She also is the protector of small children and animals. The birth of this particular goddess is placed on the island Ortygia Apollo is one of the most complex and important gods, and is the god of many things, including music, poetry, art, oracles, archery, plague, medicine, sun, light, and knowledge. He is the son of ZEUS and the Titan Leto and was born on the Greek island of Delos, along with his older twin sister ARTEMIS – goddess of the hunt. Apollo is the ideal of the kouros, which means he has a beardless, athletic, and youthful appearance. He is also an oracular god as a patron of Delphi and could predict prophecy through the Delphic Oracle Pythia. Both medicine and healing are associated with Apollo and were thought to sometimes be mediated through his son, Asclepius. However, Apollo could also bring ill-health and a deadly plague. Apollo also became associated with dominion over colonists, and as the patron defender of herds and flocks. He was the leader of the Muses (also known as Apollon Musegetes) and was director of their choir – functioning as the patron god of music and poetry.