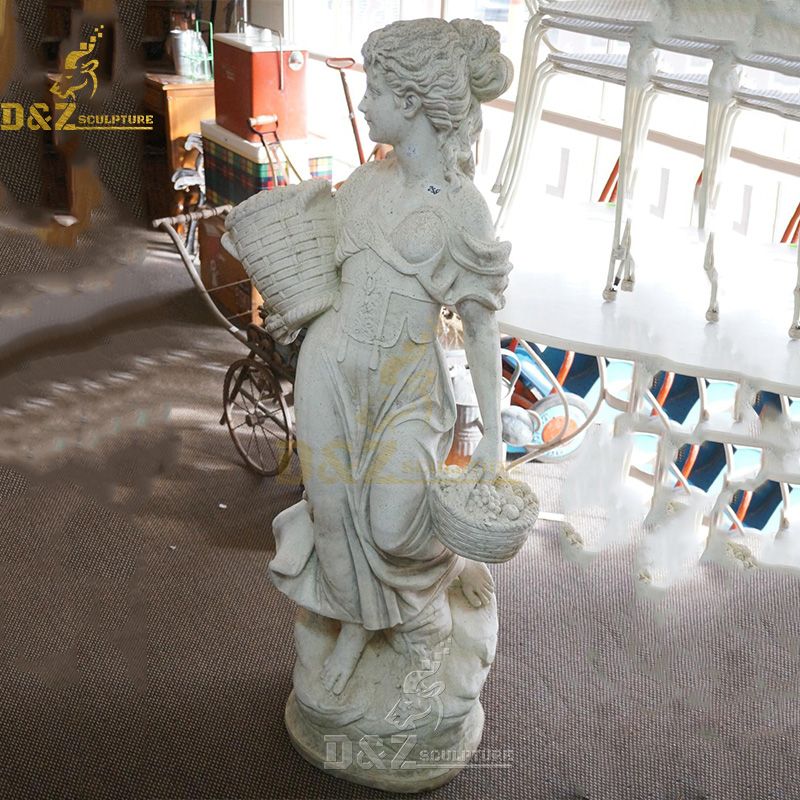 This is a large marble St. Dorthy statue. She is the patron of fruit tree growers and orchards. And St. Dorothy is noted for her beauty and piety. St. Dorothy statue is perfect for your outdoor garden decoration.

St Dorothy was an important female saint, often shown together with St Barbara and Catherine. Dorothy had a particularly poetic legend. Like St Sebastian, she was condemned to death by Emperor Diocletian. On the way to the place of execution, a lawyer called Theophilus mockingly asked her to send him flowers and fruit from Paradise. Dorothy promised that she would. When she knelt to say a final prayer, a little boy suddenly appeared beside her. He offered her a basket with fruit and roses that were already in bloom, even though it was mid-winter. Dorothy asked him to give it to Theophilus, who became a Christian after her execution and was later martyred in his turn. Dorothy, needless to say, became the patron saint of gardeners and flower-sellers, and the statue shows her with the flower basket.

As a professional sculpture-making factory, we have a long history and rich experience in sculpture making. In order to meet the diverse decoration needs of customers, we could provide customers with customized services.  If you are interested in the St Dorothy statue, please contact us as soon as possible. We have special offers and discounts waiting for you.