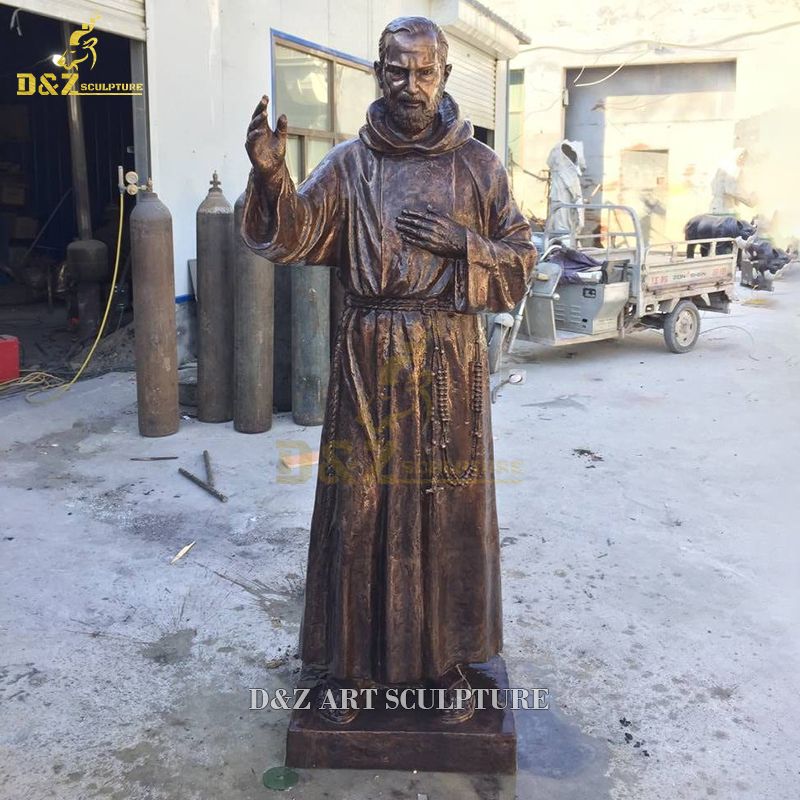 This bronze large size sculpture of Padre Pio waving his hands is a reminder to choose the will of God and be humble. If you like it welcome to contact us.

Francisco Virgin, known as Padre Pio, was posthumously named "San Pio of Petrezina" after his death. He was a Catholic Franciscan in Italy and is now revered as a saint by the Roman Catholic Church. "Pio" was the baptism he received when he joined the Franciscans, and after he was appointed to the priesthood, people called him Father Pio. 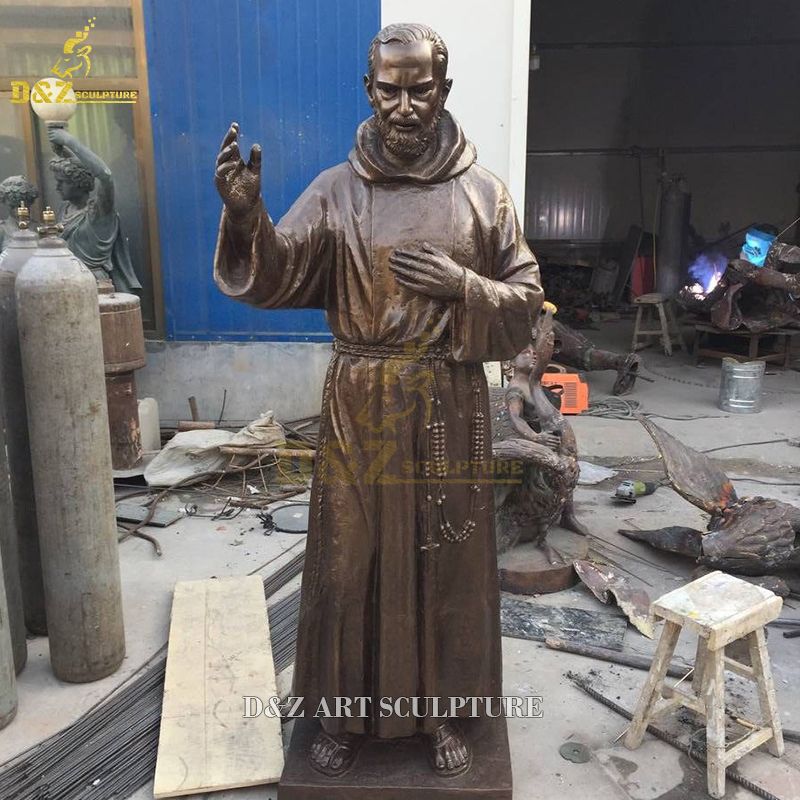 In the early days of his appointment to the priesthood, based on his identity as Father Bjorn, he never clearly hinted that others would pay attention to the visible stigmata that later made him famous. Although Father Bjord was willing to keep the stigmata on his body a secret, news about this stigmatized Catholic monk quickly spread in the Dunya, and many people including physicians treated his wounds. Fan review.

Those who rebuilt their lives in the shadow of World War I saw hope in Father Fjord. People close to him confirmed that since then, he has begun to manifest his spiritual abilities, including healing, clone, lift-off, prophecy, and miracles, and he is in sleep and nutrition. Demonstrated extraordinary temperance (a report said that Father Agostino once recorded an instance, he wrote that Father Bjorn supported him for at least 20 days without other nutritional supplements only by the sacrament). 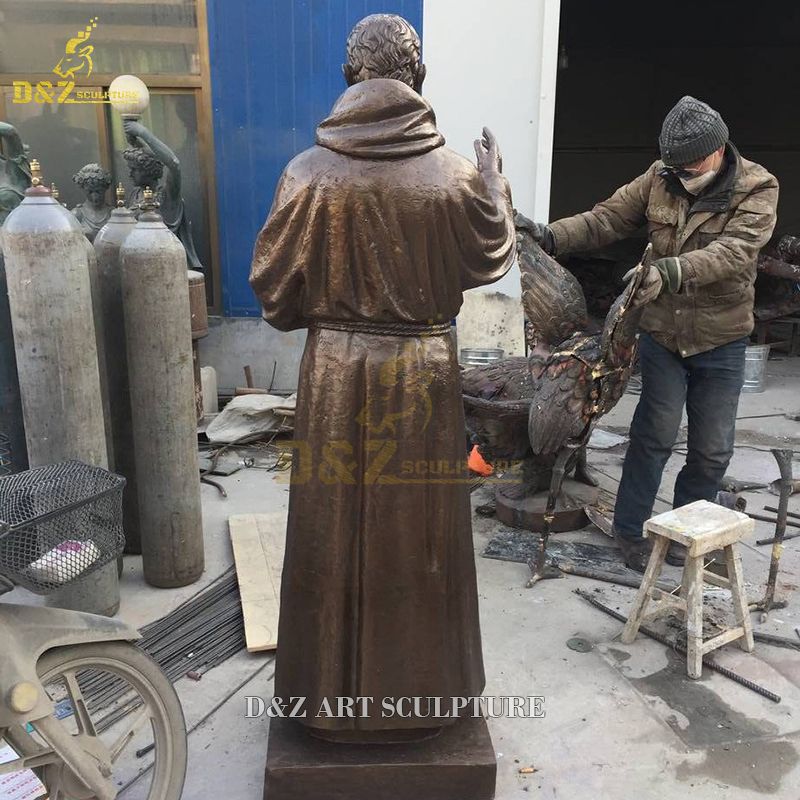 In addition, he was given the ability to read minds, proficient in multiple languages, and change the religious beliefs of others, and his wounds exude a fragrance. Moreover, people opened the tomb and coffin of San Pio and found that his body was not corroded. His remains are now on display in San Giovanni Rotondo. 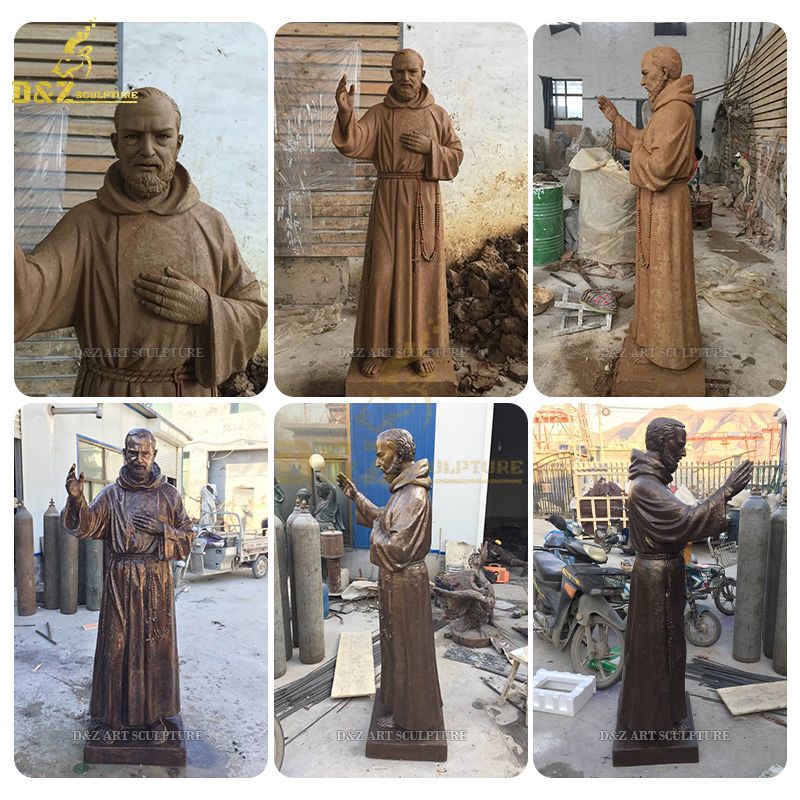 We have professional bronze sculptors who have paid attention to make statues when they were younger, they have rich experience in making this bronze padre pio statue. If you are interested in the bronze padre Pio statue please feel free to contact us.