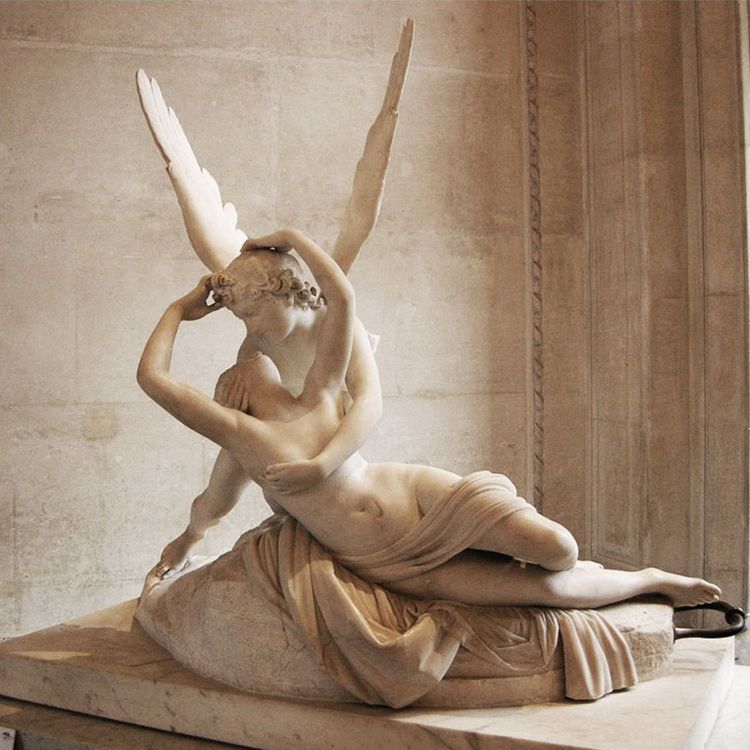 The name of this sculpture is "Cupid and Psyche" and it is the work of Italian sculptor Anthony Canova (1757-1822). Anthony Canova should also be regarded as the most famous sculptor in modern times. The composition of this group of works is based on smooth rhythmic lines. The light movements, elegant gestures, and decorative techniques of the characters make it one of Canova's cutest sculptures. we can sculpture it too.

Amore e psiche storia：Cupid and Saiji (alias Eros and Saiji) is a mythical story that appears in Apleyos' novel "The Golden Donkey". It is possible that Apleyius used other earlier stories as a blueprint, adding some dramatic effects. Since then, it has been regarded as an allegory story.

This sculpture tells the love story of Cupid and Psyche.  In ancient Greek mythology, Eros, the son of Venus, is called Cupid in Roman mythology.

A king and queen gave birth to three beautiful daughters. The youngest was Psyche. Her beauty made Venus very jealous and ordered Cupid to punish her.

Cupid fell in love with Pusyk after seeing her and made her his wife, allowing her to live in the temple.

Because Psyche. was just a mortal, she was very depressed because she couldn't see Cupid's face. Two sisters of Psyche. were jealous of her life in the temple, so they deceived her that Cupid was a demon and encouraged her to watch him at night. After she lit the oil lamp at night and saw Cupid, she realized that Cupid turned out to be a handsome boy. However, Cupid was awakened as a result, angrily left, the palace and garden disappeared, and she finally found herself lying in a wilderness by herself.

So, Psyche looked for Cupid everywhere and came to the temple of Venus unknowingly. In order to destroy Psyche, the goddess of love Venus confessed to Psyche many difficult and dangerous tasks.

The last task is to ask her to give an empty box to the queen of Hades and bring another box back from her. On the way back, there was always a voice guiding her and warning her that after retrieving the box, she could not open the box anyway.

Psyche finally completed the task, but in the end, her curiosity was still overwhelming the voice, which drove her to open the box to find out.

The golden box contained a sleeping ghost in hell. It ran out of the box and attached it to Psyk, making Psyk a corpse. Later, Cupid found Poseke and found that she was asleep on the ground, so he awakened her with a deep kiss and drove away from the sleeping ghost.

The gods were moved by the love of Psyche and Cupid, and they gave Psyche a bowl of immortality and named her a goddess. Since then, Psyche and Cupid have become married.

This sculpture shows the moment when Cupid awakens his lover through a deep kiss after seeing the sleeping corpse. 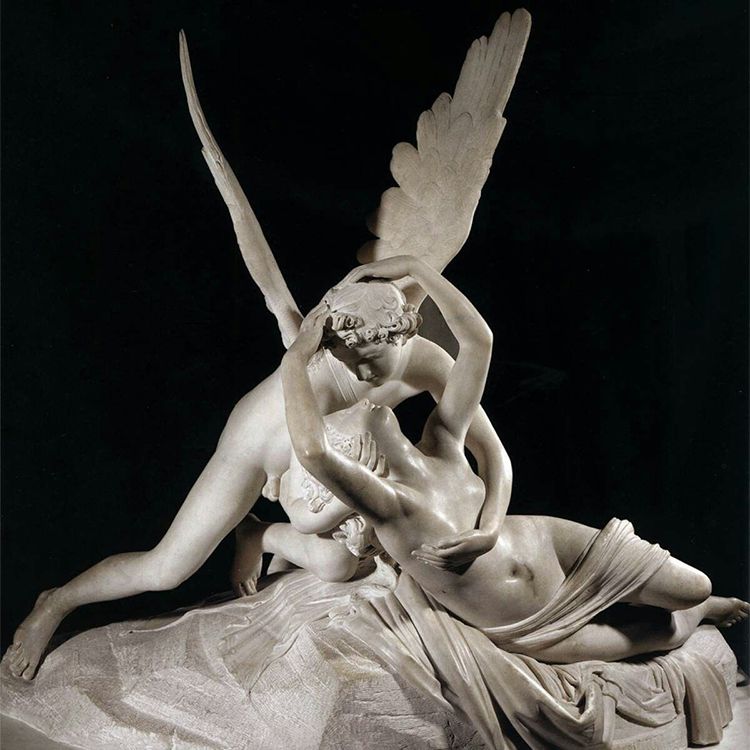