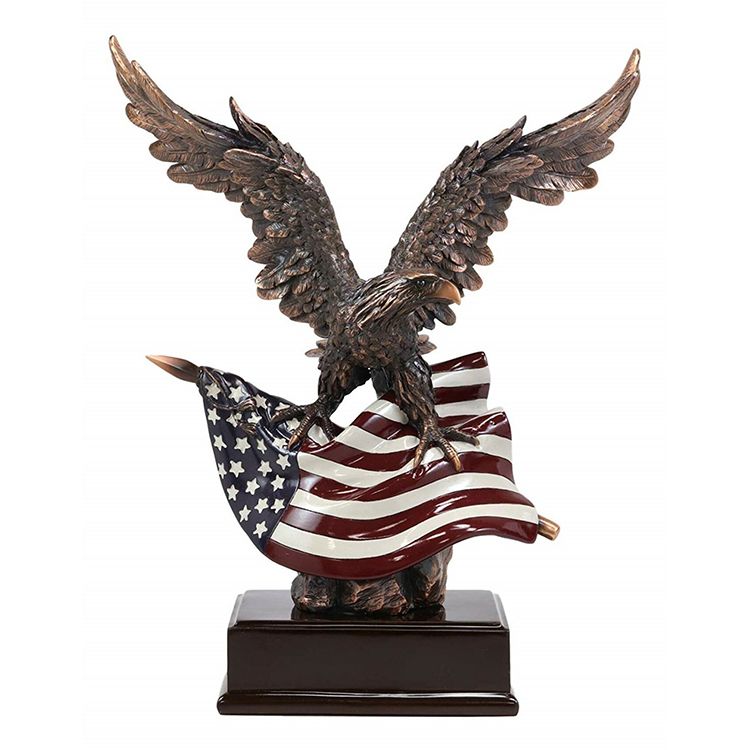 The United States regards the "Bald Eagle" as a national totem and a symbol of patriotism. And the bald eagle is a symbol of heroes and patriotism, and the fierce struggle to achieve rapid self-improvement is the spiritual essence of the eagle. If you like the patriotic bald eagle welcome to contact us.

The bald eagle is the national bird of the United States, symbolizing peace and powerful force. 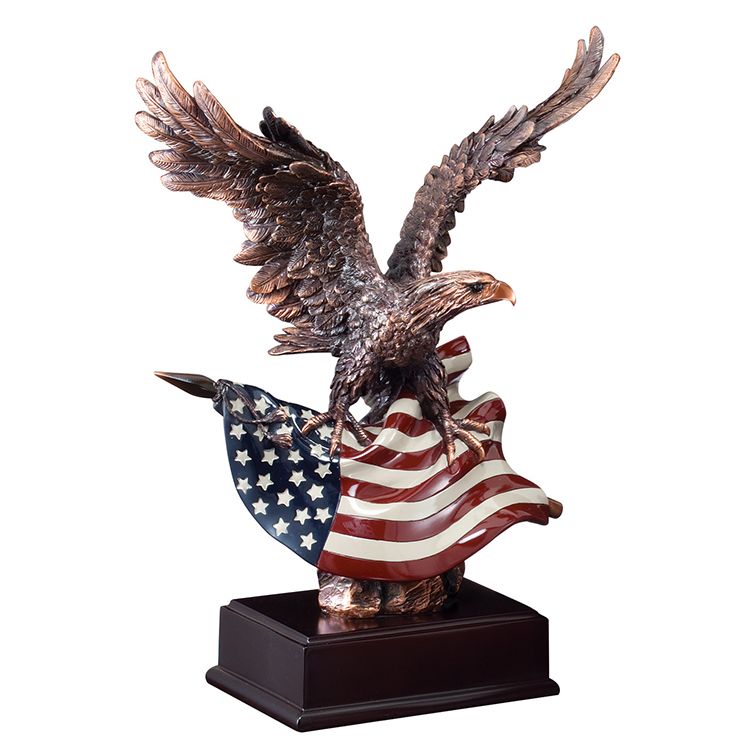 The bald eagle first appeared on the flag of the United States during the War of Independence, a bald eagle was raised by an officer. Later in the war, this eagle actually made considerable military exploits and was regarded as a legend by American soldiers. Since then, his influence has grown stronger and stronger, until it spread to the entire army! 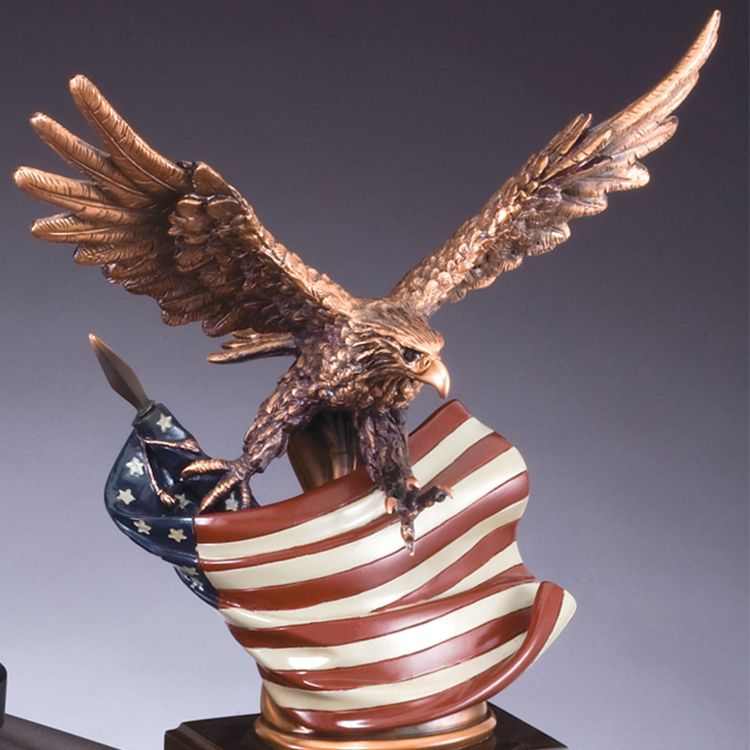 We have professional bronze sculptures who have paid attention to make figure statues when they were younger, they have rich experience in making bronze statues. bald eagle statue with American flag is a patriotic statue if you are interested in it, please feel free to contact us.