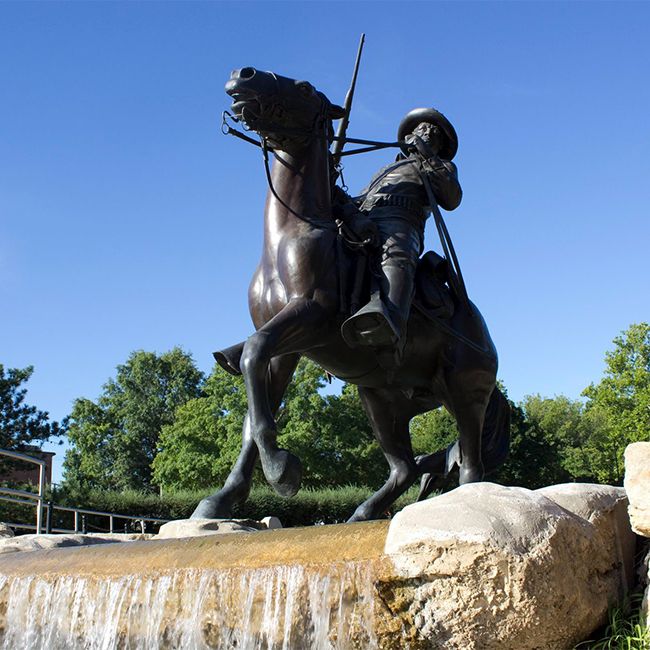 The Buffalo Soldier Monument is a statue which was sculpted by Eddie Dixon of Lubbock, Texas. It is a 12'9" bronze statue weighing 2,400 pounds. If you like it, we can crave it too.

Buffalo Soldier was a nickname given by the Indians to members of black cavalry regiments from 1867 to 1896. Their duties included escorting stagecoaches, trains, and work parties and policing cattle rustlers and illegal traders who sold guns and liquor to the Indians, but their principal mission was to “control” the Indians of the Plains and Southwest. 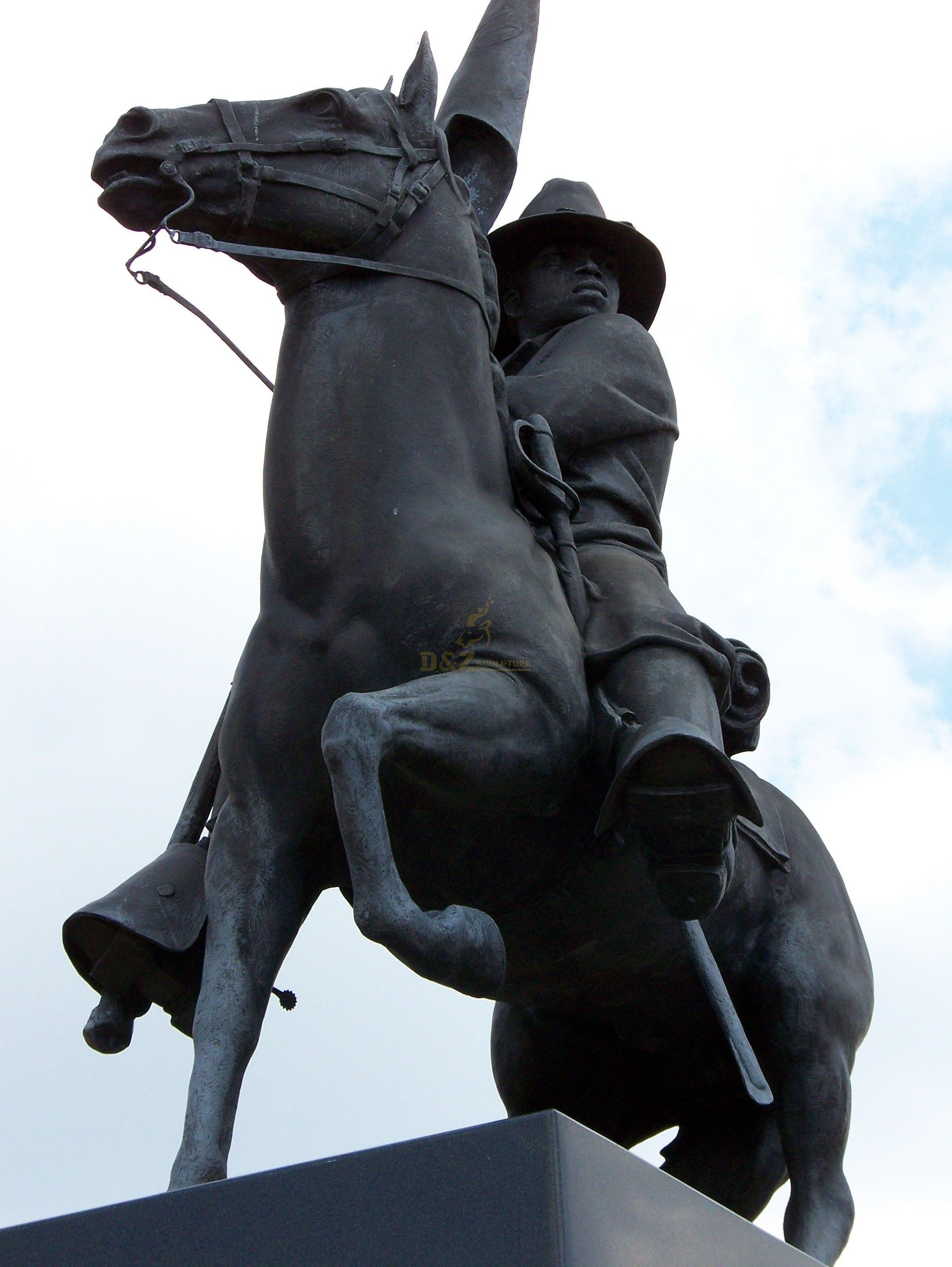 They represented about twenty percent of the U. S. Cavalry on the frontier. In nearly thirty years of service in the region, Buffalo Soldiers fought in almost 200 engagements. From 1870 to 1890, fourteen won the Medal of Honor. 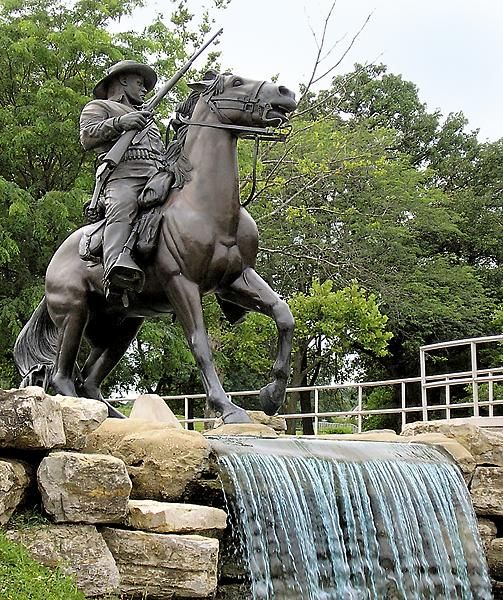 We have professional bronze sculptors who have paid attention to make statues when they were younger, they have rich experience in making this buffalo soldier statue. If you are interested in the yoga dog statue, please feel free to contact us. 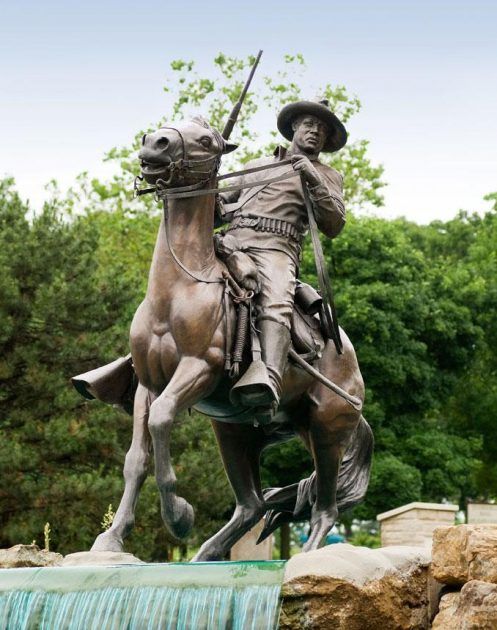