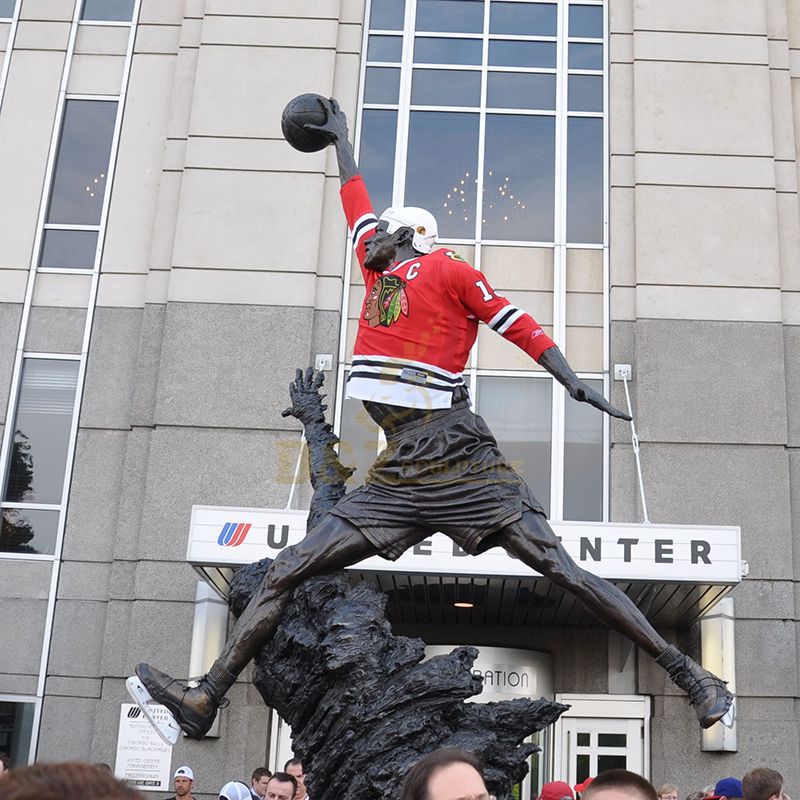 The bronze Michael Jordan statue stands in front of the Chicago United Center Arena. It is 3.5 meters high and weighs 907 kg. It is shaped like Jordan flying dunk. Michael Jordan was born in New York, USA. He is a former professional basketball player in the NBA and is known as the "flyer. 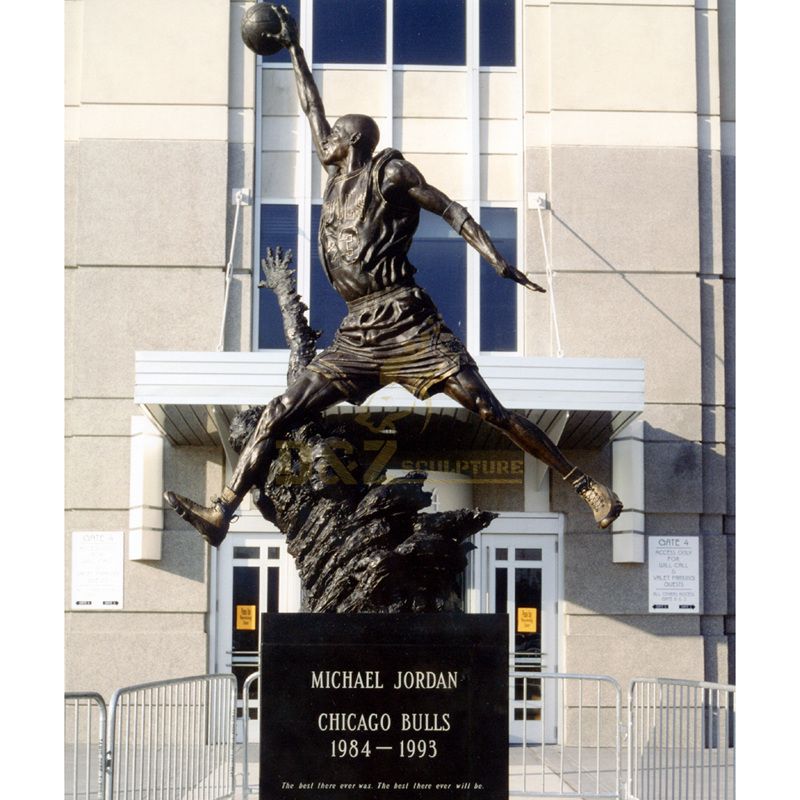 Michael Jordan was born on February 17, 1963, in Brooklyn, New York, USA. He is a former professional basketball player in the United States. He is a shooting guard and nicknamed "Air Jordan".Michael Jordan has won numerous honors. He has won the NBA championship 6 times. Michael Jordan was selected by the Chicago Bulls in the third place in the first round of the 1984 NBA Draft. He played for the Chicago Bulls and the Washington Wizards in his career. He was elected to the NBA Rookie of the Year rookie season. In the 1986-87 season, Jordan averaged 37.1 points per game, winning the NBA scoring title for the first time. 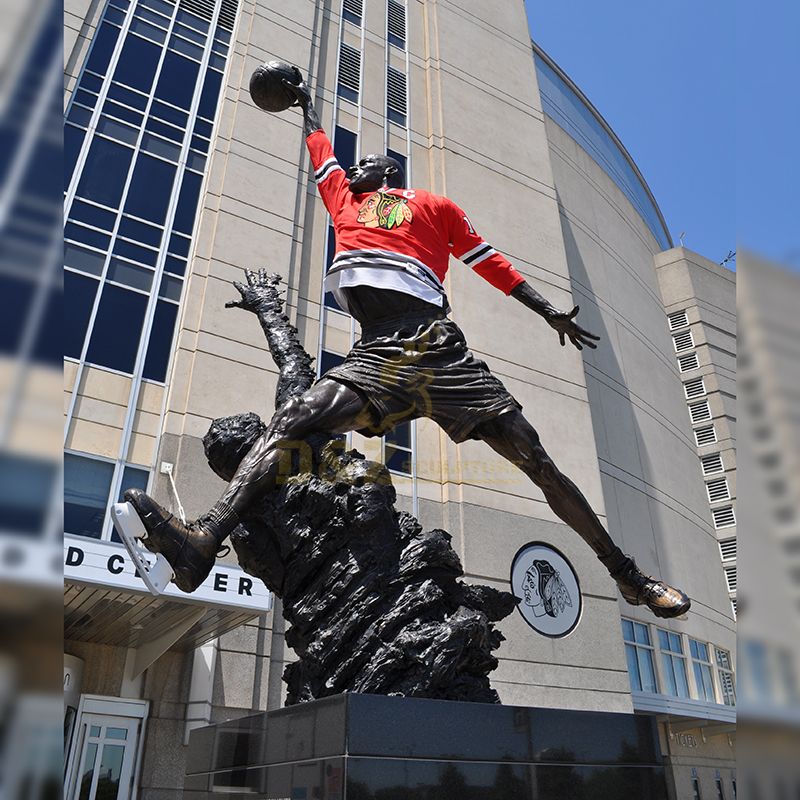 Michael Jordan statue is very attractive to those who love basketball. Our sculptures made of high-quality bronze materials can be placed outdoors for a long time without fading easily. Corrosion resistant and long storage time. We also have other sculptures, or we can customize the sculptures you like, if you have any needs, you can contact us. 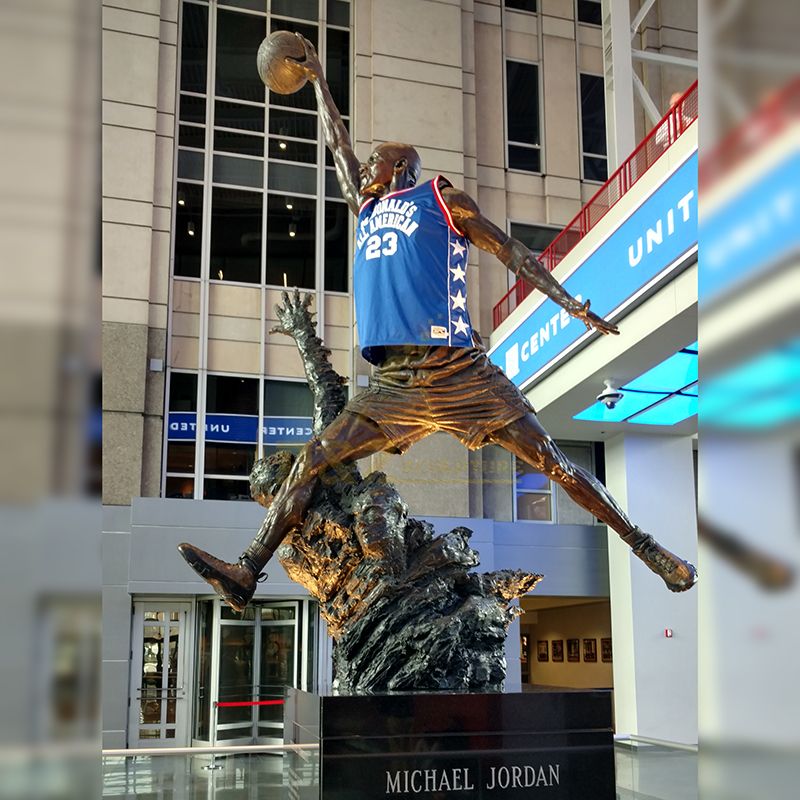 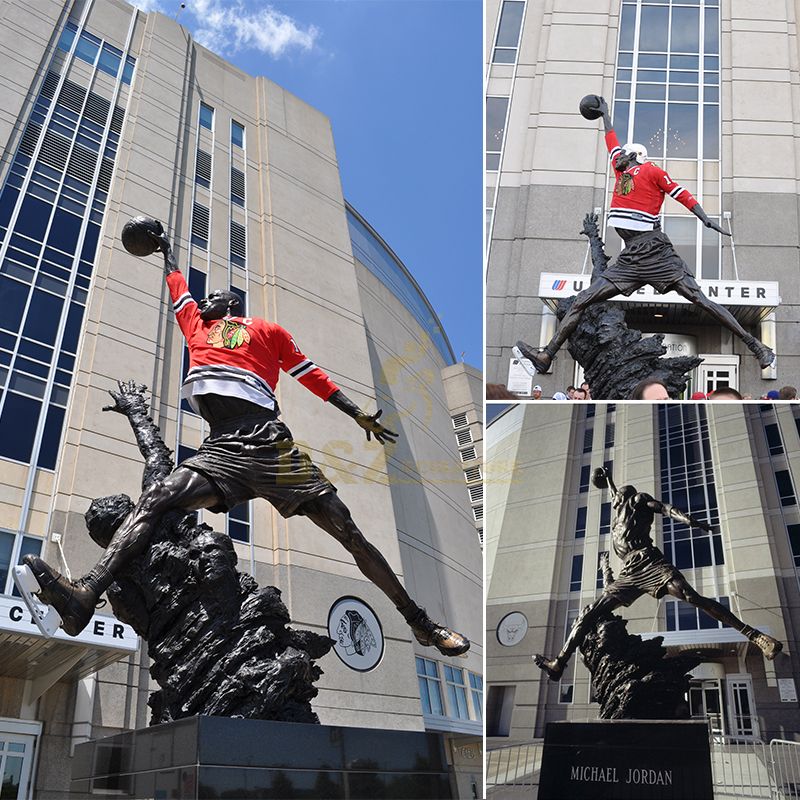 Bronze statues made by the fine lost wax method can be kept for a long time. This Jordan Dunk statue was made by our factory master and it is very beautiful. Corrosion resistance and not easy to fade has also become a major advantage of bronze statues. We have our own factory and have the most experienced masters to ensure the absolute quality of bronze sculptures. D&Z sculpture company has rich experience in carving various bronze statues, animal sculptures, fountains, fireplaces, Roman columns, pavilions, wall reliefs, religious figures, and many other sculptures and glass products. 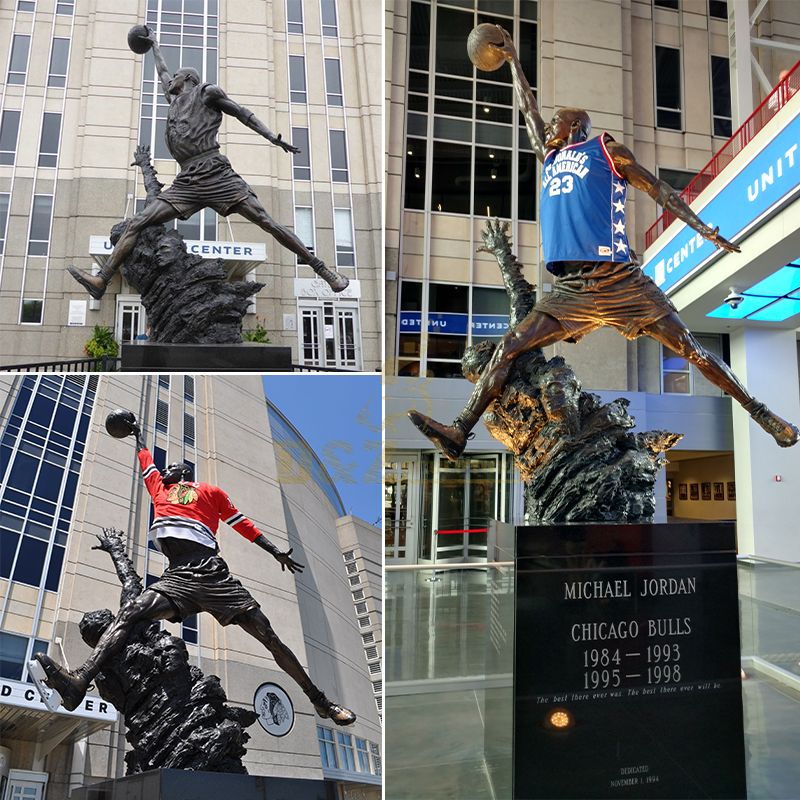