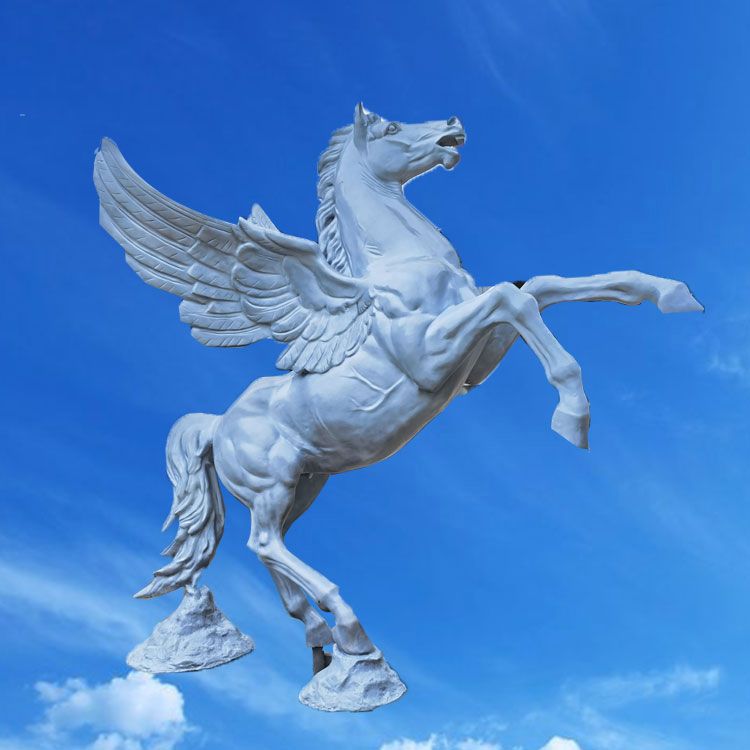 pegasus garden statue strutting with its wings outstretched, looking directly at the sky with his eyes straight up, his muscles are tight, showing its youth and vitality. There is a tendency to hit the string, although the static statue is really dynamic.

Pegasus is one of the most famous fantasy creatures in Greek mythology, born of Medusa and the sea god Poseidon. He is a horse with two wings, usually white. The role is horse god. When his mother Medusa was cut off by Perseus, he was born with his brother Crythaor the giant. The Greco-Roman poet described him ascending to heaven after his birth to meet Zeus, the king of the gods, and Zeus instructed him to bring lightning and thunder from Olympus. He is a friend of the Muse. He was tamed by the Greek hero Bellerophon, who allowed Bellerophon to ride him to fight the monster Kamera. But when Bellerophon tried to ride him to Olympus, it caused Bellerophon to fall off his horse. Zeus turned him into the constellation of Pegasus and placed it in the sky. According to legend, this flying horse stepped out of the Hippoclinic Fountain of Inspiration when it stepped on Mount Helicon. Poets can get inspiration from drinking it. Therefore, this flying horse is also regarded as a symbol of the goddess of literature and science. 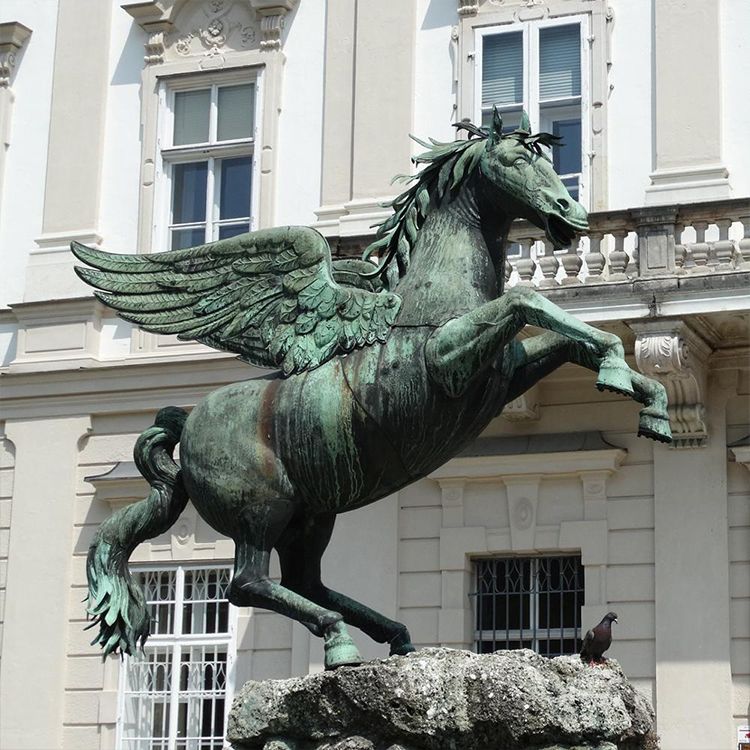 Pegasus possesses immense courage not to fear strong enemies, not to be afraid of sacrifices, and to strive for progress. 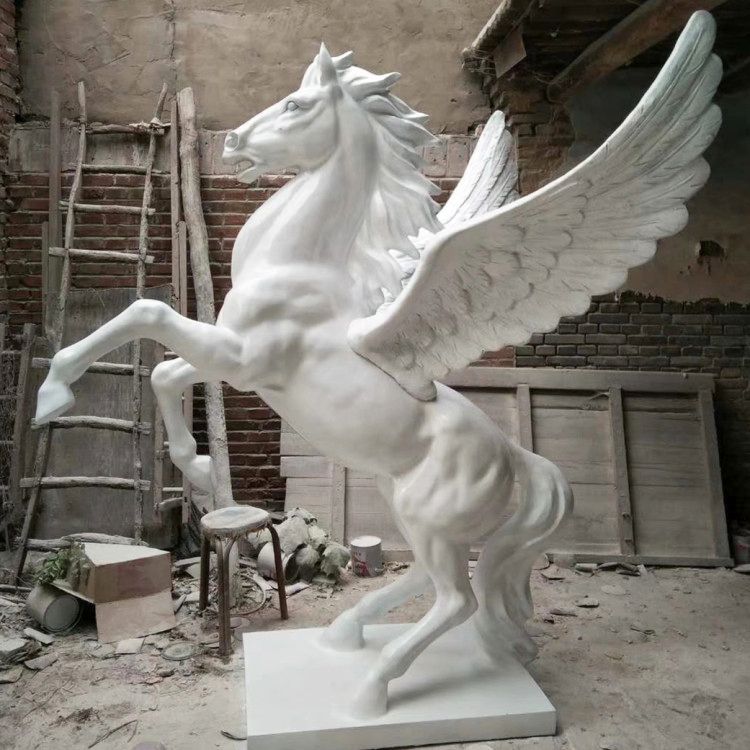 Pegasus statue has a light body, with both deity and shape. It is extremely lively and healthy when viewed from the front and the side. The Tianma holds its head and tail, four hoofs in the air, free and unrestrained, and its movements are coordinated. It not only makes people feel the power but also stimulates people's emotions. 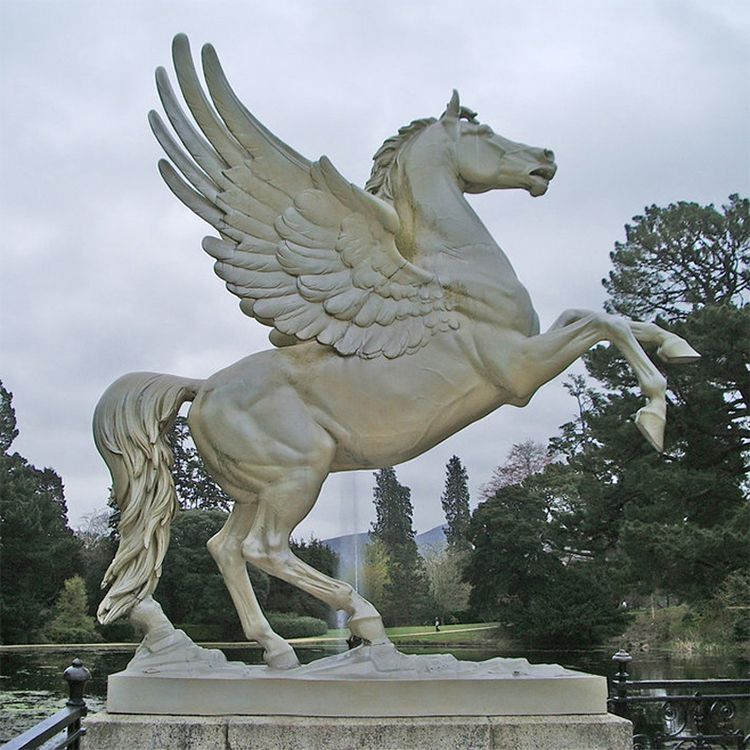